Poll says the purpose of Gezi protests was to spread chaos 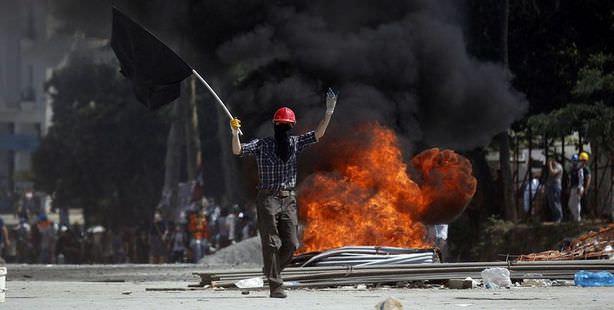 According to poll conducted about the Gezi Park Protests, 51.2% of the public believes that “the protests were designed to cause chaos and trouble the government”, while 51.5% said that “the police did not use unnecessary force.”

A surprise finding was discovered in the results of the reports that were being presented to Prime Minister Recep Tayyip Erdoğan. The poll titled "July 2013, Turkish political standing research" was conducted by Pollmark between the 9th and the 18th of July, 5 thousand 135 people were interviewed face to face.

The docket on which there were questions on critical issues like the Gezi incidents and the Resolution Process, yielded interesting results. 51.2% of those asked about the Gezi Park incidences said that "the purpose of the protests was to cause chaos and trouble the government". 33.3% stated that they "believed that protesters were utilizing their democratic rights, and supported them" whole 12.8% didn't share their thoughts.

On the issue of whether the police used unnecessary excessive force or not, 51.5% said that "the police did what they had to". 39.8% believed that "the police used unnecessary force". Those believing that the issue of whether the construction of the Artillery Barracks in Gezi Park should be taken to referendum after the court decision that sided against the government were 47.3% while 28% said that there shouldn't be a referendum, and 24.2% didn't comment.

Those believing that neo-nationalist and leftist groups engaged in provocation during the protests made up 46.4% while those who didn't share this belief made up 32.5%. It was revealed that those believing international spy cells and interest lobbies had a hand to play in the events made 47.4%. 28% of the participants didn't believe this to be the case. 30.4% believed that the protests allowed for the deepening of democracy. 35.6% believed this not to be the case.

"The government's performance is good"

The research also asked questions regarding social networking sites. Based on this it became known that Facebook was far greater used than Twitter. According to the poll, 81.8% of participants did not use twitter. 15.7% confirmed using the site. 40.5% said that they used Facebook. In the meantime, to the question of "If government regulations and fines were to be put in place to prevent the frequent sharing of fabricated and insulting information, how would you receive it?" 34.9% responded favorably, while 39.7% gave a negative response.