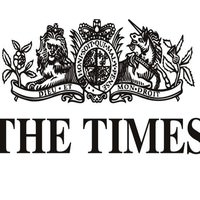 McTernan, standing against the letter which had criticised Erdoğan's handling of the recent Gezi Park protests and accused Turkey's government of "dictatorial rule", said the rhetoric of the letter was a precedent of improvidence.

"Any democratically elected government should expect its policies and actions to be under the constant scrutiny, and if necessary the criticism of the media. A free press is an essential guarantee to a fully functional and accountable democracy. But criticisms should be based on facts and not speculation or prejudice. Last week's Times advertisement in the form of an open letter criticizing the Turkish Prime Minister for his handling of anti-government protests showed little regard for the facts and displayed an incredible lack of discernment in its use of language" said McTernan.

He w "To describe Mr Erdogan, who won over 50% of the vote in the last election, as a dictator, and to compare the huge pro-government rallies organised by his AK Party in support of their prime-minister to the rallies organised by the Nazi party, is not just tasteless, but also calls into question the judgment and motives of the signatories."

McTernan ended his letter by stating that "It is a sad reflection on the ethical standards of the editorial policy of theTimes if you sell space for unbalanced opinion without making any effort to redress that unbalance elsewhere in the paper."