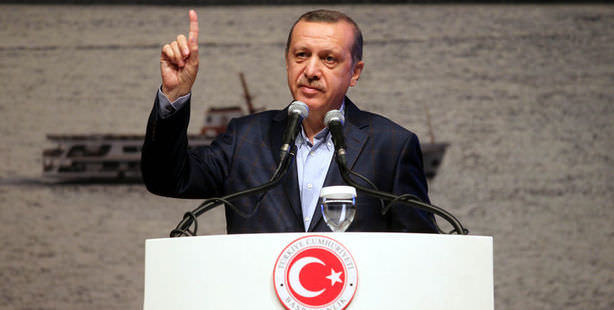 Turkish Prime Minister Tayyip Erdogan on Wednesday called on the U.N. Security Council and Arab League to take immediate steps to stop a massacre in Egypt, saying international silence had paved the way for the Egyptian authorities' violent crackdown.

"The international community, especially the U.N. Security Council and Arab League, must act immediately to stop this massacre," Erdogan's office said in a statement.

"Turkey is deeply concerned about the armed intervention against civillian, peaceful demonstrations in Egypt. "We deeply regret the hundreds of deaths and thousands of casualties that occurred following the violent intervention in Egypt" he added.

FM Davutoglu is holding talks with counterparts following police move in Egypt to disperse by force the sit-in staged by supporters of ousted President Morsi.