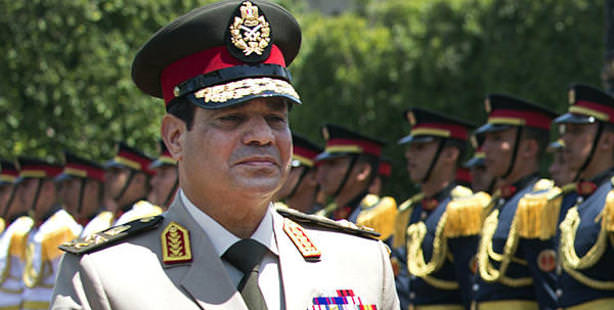 "Those who gave power to al-Sisi will always ask for a return. El-Sisi declares those who are against himself terrorists and executes them" Bozdag said at a press conference held regarding Turkish aids to Somalia.

Criticizing the killings of hundreds of people in Egypt, Bekir Bozdag said "When you look at the policies being put forth by al-Sisi at the moment and at those who support him, it is very clear that what has happened in Egypt is not for the interest of Egypt and Egyptians. What we see here is a transformation in line with the interests of those who have calculations over Egypt but it is interesting that some people are racing into killing under the orders of this general (al-Sisi). I am ashamed of being a human."

Deputy Prime Minister Bekir Bozdag expressed his views when asked why Islamic countries did not condemn the military coup and ousting of democratically elected President Morsi and said Egypt was surrounded by countries ruled by monarchies and the democracy, human rights and transformation based on nation's will in Egypt disturbed those monarchies.

When Bozdag was asked about Turkey's views on remarks that coup administration in Egypt would recognize Armenian allegations on 1915 incidents, he said history is written by historians but not parliaments, adding that present Egyptian government and its decisions have no legitimacy in Turkey's eyes.