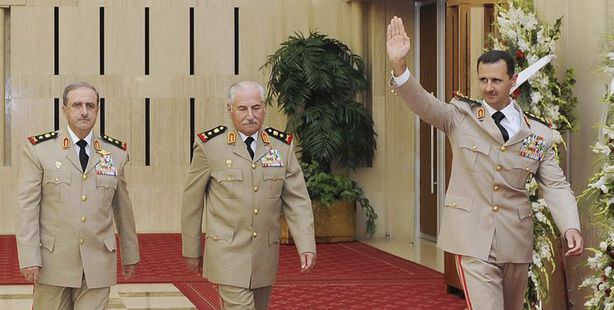 According to a senior member of the opposition Syrian National Coalition, former Syrian Defense Minister General Ali Habib has defected and is now in Turkey.

For former Minister of Defense General Ali Habib to switch over to the opposition front is widely being perceived as a preparatory move for a potential coup. Opposition sources claim that Russia may be preparing an imitative for a transition period in Syria led by Habib which would be presented at the Geneva 2 conference as an option for a peaceful solution in order to obstruct military action being imposed by the U.S.

Born in 1939, Habib was Defense Minister from 2009 to August 2011, when he was replaced for what official media said were health reasons. After rumours that he was dismissed for opposing the killing of peaceful pro-democracy protesters, Habib was shown on state television pledging his loyalty to the Assad government. Western diplomats said the statement appeared to have been made under duress.

Habib is the highest-ranking figure from the Alawite minority to break with Assad since the uprising against his rule began in 2011.