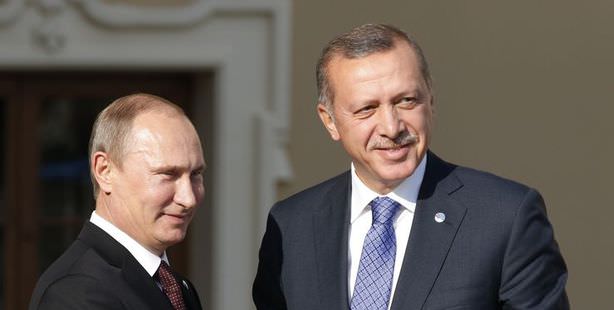 Prime Minister Erdoğan joins U.S. President Obama and other G-20 nation leaders in St. Petersburg for a crucial economic summit hosted by Russian President Putin, the timing of which is set to veer the focus on Syria.

On the opening day of the G-20 Leaders Summit in St. Petersburg, Russia Prime Minister Recep Tayyip Erdoğan called on G-20 nation leaders to "take a step" in regards to the situation in Syria. U.S. President Obama also pushed for military action support by reaffirming that chemical weapons were used in Syria and there have been no repercussions. Obama also said it seemed improbable that the UN Security Council will ever concur on allowing intervention.

Syria was the main focus of a working dinner held on the opening day of the G-20 summit, and supposedly dialogue was tense from time to time. Prime Minister Erdoğan called on the leaders of the world's 20 largest economies to take a step to halt the crisis in Syria. Remarking that the focus has now switched to the use of chemical weapons, Erdoğan appealed to the world's most prominent leaders, "Over one hundred thousand people have died since the start of the civil war. Do not turn a blind eye." It was supposedly U.S. President Barack Obama however, who made the sternest statements in an effort to seek out support for U.S. military intervention in the war-torn country.

Addressing the working dinner on the first day of the G-20 summit, Obama acknowledged that all previous attempts to reach a diplomatic solution to the situation in Syria have failed. "Putin may not feel the way I do, however chemical weapons were used there. We have proof," supposedly said Obama while also pointing out that they have received samples that they could present as evidence of the use of sarin gas. According to the information obtained, Obama emphasized that the use of chemical weapons was a violation of international law and an act needed to be responded to. "What then are we supposed to do? We have been condemning them for years. Sanctions? We are implementing sanctions now but nothing has changed," Obama was quoted as saying.

The U.S. President acknowledged that it seems virtually impossible to reach a consensus with the UN Security Council however, he added, "if these norms are violated then all norms will be violated and this world will become a more dangerous place. There are some who ask why Assad would resort to using chemical weapons when he has the advantage on the battlefield. It was Assad who killed peaceful protesters. It is now time to stage a limited operation on Syria," Obama supposedly stated.

During the dinner, British, French, Canadian and Saudi Arabian leaders expressed solidarity with Obama and Erdoğan's position. Canadian Prime Minister Stephen Harper stated, "We do not want a world war. However, we cannot remain silent to the use of chemical weapons." British Prime Minister David Cameron repeated Obama's sentiments. Leaders from other G-20 nations displayed restraint, with German Chancellor Angela Merkel stating that the UN Security Council needs to verify the use of chemical weapons. Meanwhile, Brazilian leader Dilma Rousseff expressed that they were against military intervention.

Prime Minister Erdoğan was greeted by Russian President Vladimir Putin upon his arrival to the Strelna Palace and was also scheduled to meet with U.S. President Obama following last night's working dinner.