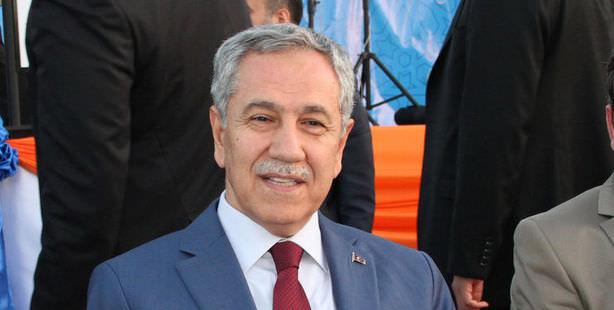 Deputy Prime Minister Arınç responded to questions on the democracy package, which high-level members of state convened yesterday to discuss and will revisit today at a meeting of the Central Decision and Administrative Board.

Deputy Prime Minister Bülent Arınç responded to questions posed on a live broadcast on NTV regarding the democracy package, which was scheduled to be discussed at a Central Decision and Administrative Board meeting planned for Friday.

Commenting on the inclusion of reforms on hate crimes, expected to be integral in the pending package, Arınç stated that instead of defining such crimes separately, according to the reform if a crime as dictated by the Turkish Criminal Code, has been intentionally conducted based on hatred or discrimination against an individual's language, religion, race, sect, political views, philosophy or lifestyle, the punishment served with be heavier.

Arınç also noted that the democracy package is intended to ease the daily lives of people in Turkey and stated, "If we accept secularism to be the freedom to practice religion and a conscience, then there will be additional articles regarding establishing the conditions for living under secularism"

In response to a question regarding the reopening of the Halki Seminary in Heybeliada, Arınç said that no political decision had yet been made on the issue.

NO EDUCATION IN MOTHER TONGUE

Arınç also commented on the issue of providing education in languages other than Turkish by stating that it was not currently on the agenda. "There are objections by all parties (with the exception of the BDP) and all bureaucratic institutions against providing language in a mother tongue other than Turkish, therefore it is not on the agenda at present," stated the Deputy Prime Minister."

Arınç also stated that Prime Minister Recep Tayyip Erdoğan will be releasing details on the package when it is announced and added that it will go into legislation in October.