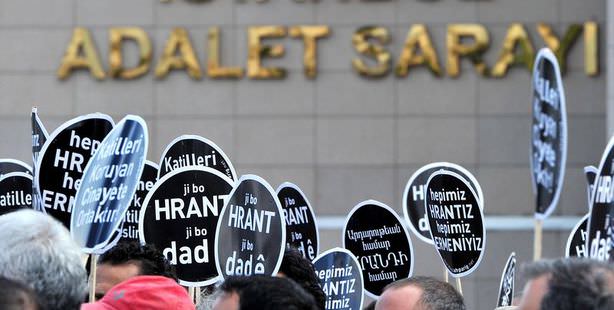 The restart of the trial into the assassination of Agos Newspaper Editor-in-Chief Hrant Dink today begins today. The case is being tried again after it was overturned by the Supreme Court of Appeals.

Nineteen suspects, including Yasin Hayal and Erhan Tuncel face trial today once again into the 2007 murder of Hrant Dink in the first hearing of the restart of the case being held today in the Istanbul Courthouse in Çağlayan.

On January 17, 2002, the Istanbul 14th High Criminal Court had ruled on exonerating the 19 suspects from being members of a terrorist organization. Suspect Yasin Hayal received aggravated life imprisonment for instigating the murder and police informant and suspect in the murder Erhan Tuncel was sentenced to one year and three months. Ogün Samast, who pulled the trigger, was a minor at the time and was sentenced to nearly 23 years in prison. Due to the fact that Tuncel had already served time in connection to a ten year and six month sentence issued for the Mc Donalds explosion, he was released.

Suspects Ahmet İskender received 12 years and ten months, Ersin Yolcu received a 12 year sentence and Salih Hacısalihoğlu was sentenced to two and a half months in jail. Thirteen other suspects including Yasin Hayal's brother Osman Hayal were released.

SUPREME COURT OF APPEALS SAYS THERE IS A'CRIMINAL ORGANIZATION'

Due to the Supreme Court of Appeals overturning the case, the trial restarts today with 19 suspects, including Yasin Hayal and Erhan Tuncel.