PM Erdoğan: “We did what was necessary” 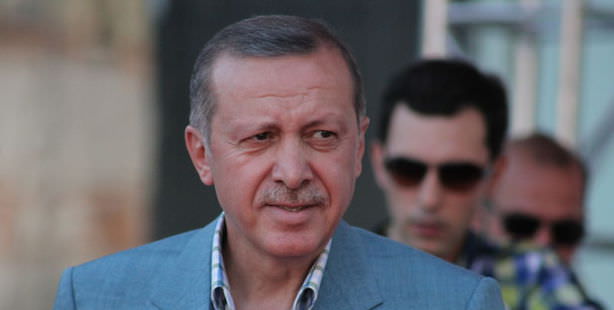 Prime Minister Erdoğan commented on the downing of a Syrian helicopter by the Turkish Air Force on Monday by stating, “We have announced our rules of engagement time and time again. When they refused to pay heed to the warnings, out armed forces did what was necessary.”

Prime Minister Recep Tayyip Erdoğan commented on Turkey's downing of a Syrian helicopter on Monday during a press conference held following a meeting with his Pakistani counterpart Nawaz Sharif on Tuesday. Erdoğan also commented on the U.S.-Russian proposal to eradicate Syria's chemical arms stockpile by stating, "We continue to keep acting on chemical weapons. Why are we only making a move to eradicate chemical weapons? It is a crime to use chemical weapons, but it is also a crime to use conventional weapons," said Erdoğan.

THE ARMY WAS GRANTED AUTHORITY: (In response to a question on whether political authorities were informed prior to the strike by Turkish forces on a Syrian helicopter.)

"We grant certain authority to our armed forces. As you know, we have given the Turkish military authority especially when it comes to the rules of engagement, which I commented on just a few months ago. We have announced time and time again that in the case of a violation of our border, the rules of engagement will go into effect. In this case, we are talking about a two-kilometer violation. Therefore, when they refused to heed our warnings, at around 14:25, our armed forces did what was necessary. That is the situation," said Erdoğan.

WE ARE LITERALLY TALKING ABOUT GENOCIDE: (On the agreement reached by Russia and the U.S. on the hander of Syria's chemical weapons stockpile.)

UN SECURITY COUNCIL'S PICTURE OF PARALYSIS: The Prime Minister went on to state, "The world continues to refuse to see this. However, we continued to bring it up in St. Petersburg. You ask, 'What would the U.S. and Russia do?' and we say, 'What would the UN Security Council do?". Erdoğan reminded of a recent comment made by U.S. President Barack Obama that the UN Security Council is paralyzed and stated, "This is the picture of paralysis. However, it should be the responsibility of the first-degree permanent members to fix this paralysis in the UN Security Council and only after that should the duty befall all UN members."

DEMOCRACY PACKAGE ON THE WAY: In response to a question on the final status of the democracy package, Prime Minister Erdoğan stated that the first stage of preparations have been completed and now his colleagues will be working on the redaction of the package. PM Erdoğan said that he will be holding a press conference by the end of the month which will focus on the democracy package.