Support for Turkey’s EU membership drops in Turkey and abroad 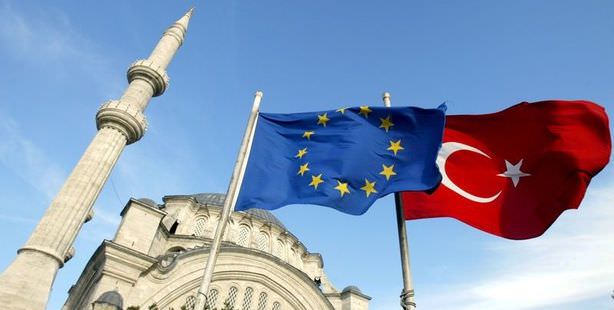 The results from the 12th annual Transatlantic Trends survey shows that support amongst Turkish nationals for Turkey's European Union membership bid has significantly dwindled. While 73 percent of the Turks polled in the same survey conducted in 2004 were in favor of Turkey's EU membership bid, last year that figure dropped to 48 percent. This year's survey results show an even further decline amongst Turks, with the percentage of those polled in support of Turkey becoming an EU member dropping all the way down to just 44 percent. While 20 percent of European respondents believe Turkey's membership to the EU will be positive, 33 percent polled stated that they believed it would be a negative move.

According to the recently published survey, a majority of Europeans and Americans polled do not support military action in Syria. When asked if they would support their government's involvement in Syria, some 72 percent of European respondents and 62 percent of Americans surveyed state that they did not want their governments to intervene in the crisis in Syria. In Turkey, the rate of those polled that are against the state's intervention in Syria jumped by 15 percent this year compared to last year, totaling 72 percent.