Democracy package to be announced live in three languages 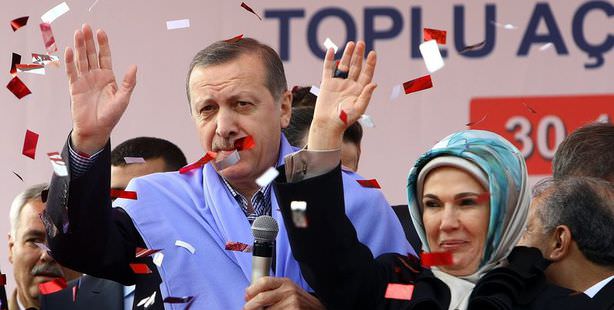 On Monday, Prime Minister Erdoğan will reveal the content of a highly anticipated democracy package in an address that will be translated into Kurdish, Arabic and English and broadcasted simultaneously all over the world.

Prime Minister Recep Tayyip Erdoğan will be announcing the content of a highly anticipated democracy package on Monday. The Prime Minister's address will be translated into English, Kurdish and Arabic and broadcasted internationally. Prime Minister Erdoğan is expected to deliver momentous messages regarding the ongoing resolution process and Turkey's EU membership bid.

This Monday, September 30, Prime Minister Erdoğan will be announcing the contents of the democratic reforms package not only to Turkey but also to Europe as well as the entire world. The aim is to ensure everyone that follows developments in Turkey is informed in a timely manner due to the fact that this package is considered to be a significant process representative of the AK Party's past 11 years in power as well as an important step for Turkey.

According to the information obtained, Erdoğan will be releasing the content of the democratic package in a balcony address that will focus on a series of messages of national unity and brotherhood. It is due to the significance of these messages that the Prime Minister's speech will be translated into three main languages. The Prime Minister will not only be revealing the contents of the democracy package but he will also be discussing Turkey's internal affairs, the steps taken in the nation towards democratization, the resolution process as well as the nation's European Union membership bid.

Amongst the series of historical steps anticipated to be included in the democratic reforms will be the reopening of the Halki Seminary as well as lifting the obstacles to providing education in mother tongues.

In addition, TRT Şeş will supposedly be offering a broadcast of the Prime Minister's speech in three Kurdish dialogues, namely, Kurmanji, Soranice and Zaza.

PROMISES MADE ARE BEING KEPT

There is a symbolic significance to the date of September 30, which Prime Minister Erdoğan has designated as the date he will reveal the highly anticipated democracy package. On the same date last year, the AK Party held their 4th Congress during which the AK Party released a 63-item vision proclamation. It will be emphasized that just a year after a series of promises were made regarding progressive reform steps, the government will be making its biggest move as of yet on the anniversary of the date these reforms were first promised. Erdoğan is also anticipated to release a series of signals as to the roadmap the nation will follow in the era following the democracy package reforms. The Prime Minister will be making his announcement on Monday at 11:00 from the Prime Ministry New Building and will be witnessed by an army of press members covering the momentous event.