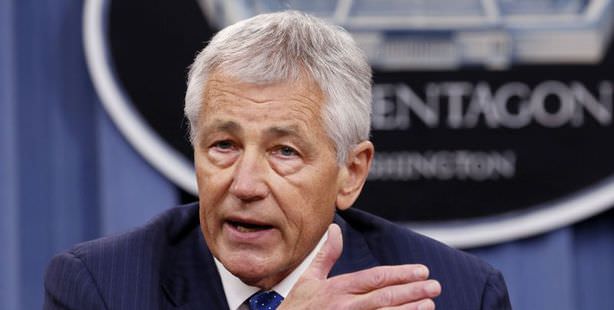 Commenting on Turkey’s decision to begin negotiations with the Chinese firm CPMIEC for Turkey’s long-range missile defense system, US Secretary of Defense Hagel stated, “Every nation always has its own decision-making process and we value Turkey very much as a friend, partner, ally, and especially as a NATO ally.”

US Secretary of Defense Chuck Hagel responded to questions posed by Turkish reporters at an event held at the Turkish Consulate in Washington on Thursday. Asked to comment on his views regarding Turkey's decision to begin negotiations with the Chinese firm CPMIEC for its long-range missile defense system, US Defense Secretary Hagel stated, "Turkey is a close friend and ally of the United States, a strong and important member of NATO and we will continue to work with Turkey on our mutual security interests. Every nation always has its own decision-making process and we value Turkey very much as a friend, partner, ally, and especially as a NATO ally."

When asked whether he was concerned about the potential for incompatibility between the Chinese firm's system and the NATO system, Hagel stated, "We are working with our allies and with the Turkish government on all issues."

Responding to a question on Turkey's role in the crisis in Syria and the cooperation on the situation between Turkey and the United States, Hagel pointed out that cooperation with Turkey is always good and at a strong level and stated, "We are very pleased with the strong UN Security Council ruling and progress that the international community is making on the eradication of the chemical weapons in Syria. All nations in the region are working together on this situation and Turkey has a very important part in all of these efforts. Therefore, we appreciate Turkey's involvement and leadership."