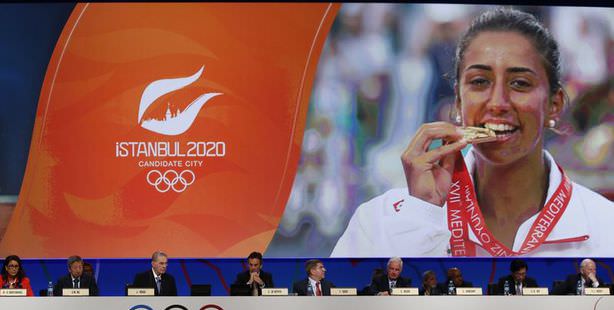 British businessman and media tycoon Sir Martin Sorrell placed blame on the BBC for derailing Turkey’s bid to host the 2020 Olympics in Istanbul.

Commenting on Turkey's failed bid to host the 2020 Olympics in Istanbul, at a "Leaders in Football" conference in London, British businessman and media tycoon Sir Martin Sorrell said it was a "tragedy" that Istanbul had been passed over by the International Olympic Committee (IOC) which instead selected Tokyo to host the 2020 Summer Games.

"The BBC were responsible for Turkey losing out to Tokyo to host the 2020 Olympics," said Sorrell who expressed that the manner in which the BBC broadcasted the demonstrations which escalated over Gezi Park had a negative influence on the voting members during the IOC conference in the Argentinean capital of Buenos Aires.

Sorrell said that the BBC's broadcasting of the protests in Istanbul was biased and exaggerated and noted that the CNN's manner of broadcasting the events was also criticized in Turkey and worked to lessen Istanbul's chance of hosting the 2020 Olympics and Paralympics Games.

'THIS IS NOT A FIRST'

Sorrell also expressed that this was not the first time that the BBC has been involved in negatively influencing such a decision and mentioned a program broadcasted by the BBC entitled Panorama which dealt with the discrepancies in FIFA as having brought England's chances of hosting the 2018 World Cup down to nil.