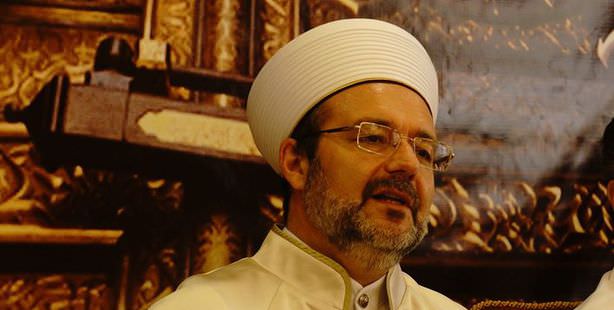 President of Turkey’s Directorate of Religious Affairs Görmez criticized the vast development that has ensued in Mecca by stating, “Our hotels are becoming more luxurious. There are an increased number of rooms with views of the Kaaba. There are more VIP Hajj pilgrims and more luxury-seeking ones. However, the spirit of the Hajj pilgrimage is diminishing.”

Prof. Dr. Mehmet Görmez, the President of Turkey's Directorate of Religious Affairs remarked on the vast development in Mecca, which he says has left the Kaaba imprisoned under giant buildings. "Our hotels are becoming more luxurious. There are an increased number of rooms with views of the Kaaba. There are more VIP Hajj pilgrims and more luxury-seeking ones. However, the spirit of the Hajj pilgrimage is diminishing. There is an amazing transformational side to the Hajj pilgrimage. As there is also an educating aspect. To be honest, we see that this is beginning to diminish. I am startled by this," said Görmez.

Görmez was speaking on a broadcast on the state-run television channel TRT Türk during which he stated that there are issues when it comes to accommodating the high number of demand by those wanting to fulfill their religious duty of conducting the Hajj pilgrimage. "There are millions of demands. At present, there are 20 million requests made annually from all over the world to conduct the Hajj pilgrimage. This is ten times the present capacity. This year there were 2.5 million. Even if all of these efforts to expand the area were completed, the capacity would still not be able to accommodate five million. I wish that from the start there could have been satellite cities set up in Medina and Jeddah. If only there could have been transportation by metro to under the Mecca. If only the areas of worship were not so constricted and the Kaaba had not been left under giant buildings," said Görmez adding that it saddens him greatly to see the monstrous buildings surrounding the area.

Mehmet Görmez also commented on President Abdullah Gül's trip to Mecca to take part in the Hajj pilgrimage by stating, "I think it is very important for the president, prime minister or other officials of a Muslim country, to take part in a great form of worship such as the Hajj pilgrimage and meet with representatives of other Muslims from all over the world. Personally, as a citizen, I would like to express that I was pleased. I am extremely happy today that he has truly honored us as a president. It created a wonderful atmosphere."