Abducted Turkish pilots to be released in a few hours 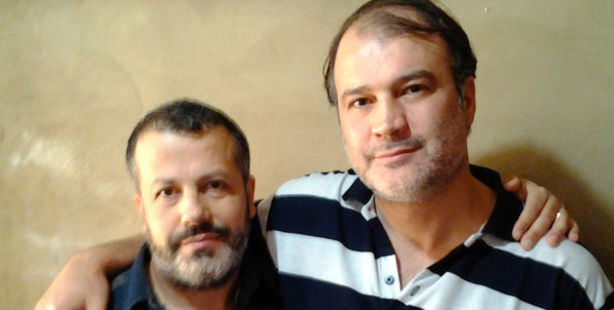 Lebanese officials announced on Saturday that the release of two Turkish pilots abducted in Lebanon will most likely take place in a few hours, adding that mediators were in Beirut to broker the process.

The release of two Turkish pilots abducted in Lebanon appears to be nearing says high-level Turkish and Lebanese officials as nine Lebanese Shiite pilgrims who were being held hostage were brought into Turkey last night, giving off signs of a possible exchange of captives soon. Foreign Minister Davutoğlu said on Friday there were positive developments regarding the release of the pilots and that it could be an issue of days or even just hours until they are able to embrace their families once again.

On August 9, the two Turkish Airlines pilots were abducted in Beirut by a group calling itself the Zuwwar Imam al-Rida, who ambushed a bus carrying the Turkish Airlines crew from Beirut's international airport to a hotel in the city. The group, said to consist of family members of the nine Lebanese held captive, have since announced their willingness to exchange the pilots for the Lebanese prisoners. They announced the reason behind the abduction as being what they claim is Turkey's insufficient brokering of the release of the Lebanese Shiite pilgrims held by Syrian rebels.

Late on Friday, Lebanese Interior Minister Marwan Charbel announced that the nine Lebanese pilgrims abducted by a rebel group in Syria would be arriving to Turkey in a matter of hours. "The release of the Turkish pilots' kidnapped in Lebanon is near," said Charbel, who later informed a Lebanese radio station that the released Lebanese hostages had crossed into Turkey.

Foreign Minister Ahmet Davutoğlu also announced on Friday that there had been positive developments regarding the release of the Turkish pilots and said that the issue had been solved for the most part. Davutoğlu stated that both the Turkish National Intelligence Agency (MIT) as well as the Prime Minister had engaged in telephone diplomacy recently to secure the Turkish pilots' release.

Noting that they were exerting caution and there were still steps to be taken, including certain security measures, Foreign Minister Davutoğlu stated, "Hopefully in just days or even hours, the pilots will be able to embrace their families. I can say that the obstacles have been removed to a great extent," said Davutoğlu adding that Lebanese Prime Minister Najib Mikati has also confirmed the positive developments on the issue.

THE PRIME MINISTER SAID IT FIRST

Prime Minister Recep Tayyip Erdoğan was the first to announce on Friday that it was just a matter of time before the kidnapped Turkish pilots would be released. Paying a phone call to Dilek Akpınar, the wife of pilot Murat Akpınar, to offer his greetings for Eid al-Adha, Erdoğan said, "We are very close to reaching a happy and good ending. We may achieve positive results at any moment," said the Prime Minister thereby delivering the first sign that the pilots' release may be soon approaching.