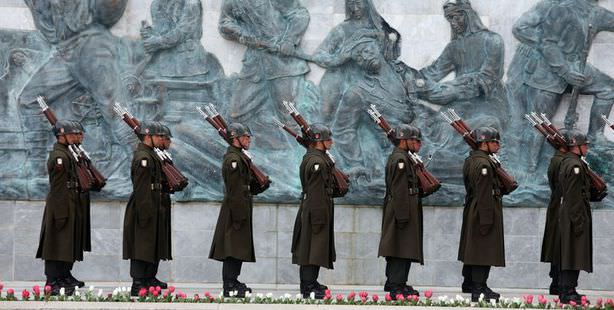 The Council of Ministers meeting ruled yesterday on the highly anticipated item of dropping the mandatory long-term military service down from 15 months to 12, which they also decided will go into effect as of January 1, 2014.

Speaking to reporters following the Council of Ministers meeting held on Monday, Deputy Prime Minister Bülent Arınç announced that it has been decided that the long-term mandatory military service will be dropped from 15 months down to 12 months as of January 1, 2014. This highly awaited decision also means that conscripts who have completed 12 months of mandatory military service as of or on January 1, 2014, will automatically be discharged.

Arınç explained to reporters that although the National Defense Ministry proposed for the amendment on mandatory military service terms to go into effect on March 1, 2014, it was decided at the Council of Ministers meeting on Monday to move up the date to the first day of the new year. Commenting on the decision, Arınç stated, "The needs and plans of our General Staff is of extreme importance for us and we do consult with them. However, ultimately if a political decision needs to be made, we do so independently. Therefore, when we evaluate their needs and how to apply or eradicate them if we have a certain preference that is the one that will be valid. We have absolutely have no intentions of letting them down."

Deputy PM Arınç also stated that the 12-month long term and the 6-month short term will still be applicable for reserve officers, any debate of which or speculation on, he said they felt would be inappropriate.

Arınç also shared that during the Council of Ministers meeting, they discussed the question of just how many current conscripts will benefit from this good news. "According to our minister, it is difficult to provide a precise number due to extraneous circumstances, such as leaves and health issues, however, it is speculated that over 70,000 conscripts will be affected by this decision," said Arınç.