'Turkey to decide on its own missile system’ 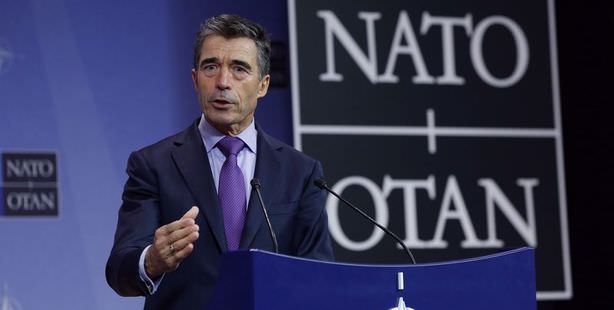 NATO Secretary General Anders Fogh Rasmussen says Turkey is the one to decide on which option to opt for in securing the nation’s new long-range missile defense system.

Responding to reporters' questions during a NATO Defense Ministers Meeting, NATO Secretary General Anders Fogh Rasmussen stated, "Our position is very clear. It is a national decision to decide which equipment to purchase. However, from a NATO perspective, it is of utmost importance that the systems nations plan to acquire can work and operate together with similar systems in other Allied nations. I feel confident Turkey is aware of this NATO position and will take that into account before making the final decision." Rasmussen added that as far as he understands, Turkey has yet to make a final decision.

Turkey's Defense Industry Executive Committee decided in late September to begin negotiations with a Chinese firm due to a number of appealing offers in their bid including reasonable pricing, technology sharing and early delivery. However, the U.S. and NATO continue to exert lobbying efforts to ensure Turkey backs down from the Chinese bid. NATO Spokesperson Oana Lungescu also commented on Turkey's preference for opting for a Chinese made missile defense system in an announcement made prior to yesterday's start to a two-day NATO Defense Ministers meeting, by stating that they are concerned at the highest level. Reminding that President Abdullah Gül has expressed that the final decision has not yet been made, Lungescu emphasized that although member nations are free to choose their own national weaponry systems, they are extremely concerned regarding the compatibility of China's systems with NATO's.

THERE ARE THREE OTHER ALTERNATIVES

Along with the Chinese firm CPMIEC, Turkey also approved of the other three bidders' missile systems. If Turkey fails to sign an agreement with the Chinese firm by the end of the year, or by March at the latest, then in second place rests the French-Italian consortium Eurosam's Samp-T. Should Turkey decide not to vie for this option, then negotiations will begin with the United States partnership of Raytheon and Lockheed Martin for the Patriot air defense system. If Turkey does indeed decide to sign with China, then after dishing out an advance payment, the Chinese firm's missile system delivery will be completed within four years' time. In addition, a majority of the missiles operated in the system will be manufactured in Turkey. The bid presented by China includes four missile systems with a capacity to launch 288 missiles. The systems will be mobile, allowing for positioning wherever necessary.

Prime Minister Recep Tayyip Erdoğan also commented on NATO's concern with Turkey's preference for the Chinese system by stating, "Nobody has the right to overshadow our understanding of independence." Speaking to reporters prior to his departure for Kosovo, Erdoğan stated, "At present, China's proposal displays the most appropriate conditions and comments made by NATO or any other country are not a determinant. If NATO is this sensitive on the issue then, first and foremost, at present there are a number of NATO-member nations that have Russian weapons in their inventory."