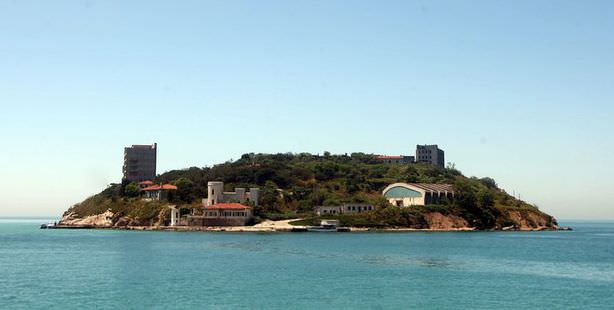 Yassıada, an island in the Sea of Marmara notorious for being the site where Prime Minister Adnan Menderes and other high-level government officials were forced into exile and faced trial, resulting in death sentences in the 1960 coup, will be renamed the Democracy and Freedom Island.

The Istanbul City Council voted on Thursday to rename the infamous Yassıada, which is one of the Princes' Islands in the Sea of Marmara, as the Democracy and Freedom Island. Yassıada is notorious for being the site where high-level government figures, including then Prime Minister Adnan Menderes, were tried, tortured and sentenced to death in the May 27, 1960 coup.

A statement released by the Istanbul City Council stated that the proposal to rename the island as the Democracy and Freedom Island was passed by an anonymous vote and as a result yet another trace of Turkey's infamous coup past has been erased. The statement also included a quote by District General Assembly AK Party Group Spokesman Remzi Aydın, which stated that the decision to rename Yassıada, will result in giving the island "a more positive connotation in the nation's memory."

The statement also added that opposition party spokespersons concurred in the decision and plans are to turn the island into a democracy museum, the efforts of which will be made by the Ministry of Culture and Tourism.

The decision to change the island's name was first made at the October 2 Istanbul Governorship District Administrative council meeting and the proposal was presented by Istanbul Governor Hüseyin Avni Mutlu at the November 5th District General Assembly and was passed two days later on Thursday by a unanimous vote.

The island's name change is part of a state-led effort to restore original names for towns and cities that was included in a recently released comprehensive democratization package.