A legendary meeting in Diyarbakır 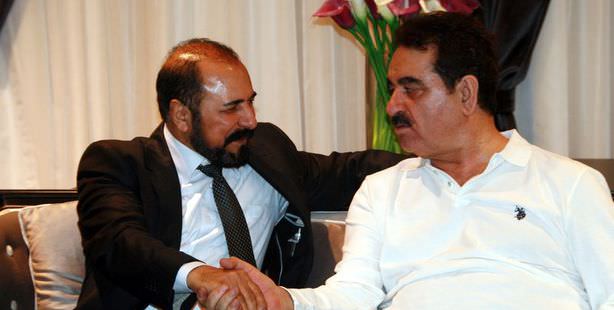 Prime Minister Erdoğan revealed plans to attend a mass wedding ceremony this weekend in Diyarbakir where musical legends Ibrahim Tatlises and Şivan Perver will share the stage. Erdoğan will also be meeting with the head of the Northern Iraq regional administration Massoud Barzani on Saturday in the southeastern province.

Prime Minister Recep Tayyip Erdoğan shared lofty plans for his weekend trip to Diyarbakir during an address for his fellow ruling Justice and Development (AK) Party members at a parliamentary group meeting held on Tuesday.

Prime Minister Erdoğan heads to the southeastern province of Diyarbakir this weekend for a two-day program that includes a series of openings, a meeting with the Northern Iraq Kurdish Regional Administration President Massud Barzani and a mass wedding ceremony for 300 couples in which musical legends İbrahim Tatlises and Şivan Perver are set to perform a duet.

Remarking to his group on the scheduled opening ceremonies in Diyarbakir on Saturday in which KRG President Barzani is expected to also attend, Erdoğan stated, "We hope that through this ceremony our nation's messages of integrity and unity will gain further strength."

On Saturday, Erdoğan will also be attending a joint wedding ceremony for 300 couples. "We wanted to add some color to this special wedding ceremony and I believe we have done so as for the first time ever İbrahim Tatlıses and Şivan Perver will be singing a duet at the ceremony." Erdoğan also added that he has plans to visit the Ergani and Bismil districts on the following day.

The Prime Minister's announcement was rejoiced by Diyarbakir locals. Kurdish performer Şivan Perver is greatly loved in the region and especially in Diyarbakir, explains President of the Diyarbakir Culture, Tourism and Music Foundation (DİKTUM-DER). Aksu says thousand will come out to the concert arena to have the chance to listen to and watch Perver perform on Saturday. "This duet will be the realization of a dream of ours. We want to thank our Prime Minister for arranging Perver's arrival," said Aksu. Diyarbakır Müzikevi Director Selahattin Akgün also expressed how happy they are that Perver will be in Diyarbakir and stated, "Our Kurdish citizens' longing for Perver will come to an end. I am extremely pleased to have the opportunity to watch and listen to Perver perform."

Şivan Perver, a Kurdish poet, writer singer and performer, has lived in exile since fleeing Turkey in 1976. Saturday's performance will be the first time Perver will have entered Turkey in 37 years. He currently lives in northern Iraq.