“Diyarbakir belongs to us all” 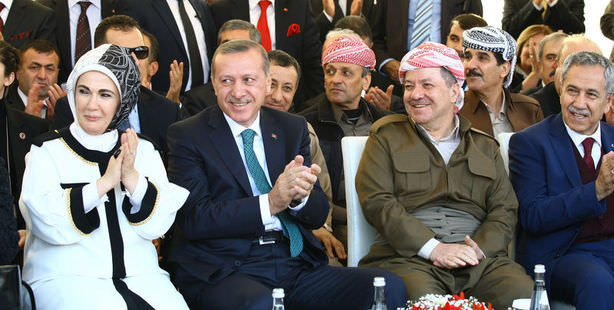 As the crowd chanted, "Diyarbakır is proud of you," Prime Minister Recep Tayyip Erdoğan began his address by stating, "I greet you with longing Diyarbakır, this city of brotherhood. I also greet Diyarbakır's sister city Erbil." Prime Minister Erdoğan referred to the renowned poet Sezai Karakoç in stating, "Diyarbakır does not only belong to the Turks, to the Kurds or to the Arabs, just like Erbil; Diyarbakır belongs to all of us."

Prime Minister Erdoğan told the crowds that today they are witnessing a historical reunion all together, in reference of the return of Kurdish performer Şivan Perwer for the first time in 37 years, since leaving his homeland to live in exile. "We are putting an end to 37 years of sorrowful longing. Finally, we get to say welcome Şivan Perwer. Welcome to your home and your nation," said Erdoğan.

The Prime Minister also recalled another exiled singer Ahmet Kaya, and expressed great grief that he was unable to be alive to witness this day and join Şivan Perwer and İbrahim Tatlıses on this stage.

"We are building a new Turkey"

"One hundred years ago the borders of this land were quite literally drawn out with rulers. However, they cannot draw borders on our shared history and civilization. The lament in Damascus is our lament. The bloodshed by the tyrant Assad is the blood of our brothers. We will not be the ones to share a table with oppressors. We will continue to be the road companions of the oppressed as we have always been throughout our history," stated Erdoğan adding, "What could be more painful than a mother being unable to speak to her child in her mother tongue?"

"In Diyarbakır in 2005, we said 'Your issue is our issue,' and we stand behind that promise. We received threats and obstacles that we have overcome. We promised to put an end to the deaths of the youth and the tears shed by their mothers and fathers. We are now building a new Turkey all together. This Republic is yours. This is your state just as much as it is for those in Izmir, Ankara and Istanbul. No one can give anyone else second-class citizen treatment. In this new Turkey there will be no denial, no rejection and no assimilation," stated Erdoğan.

The Prime Minister underlined that for the past year now the youth are no longer dying for nothing and soldiers and the police are no longer being killed. Erdoğan vowed that once they see those coming down from the mountains, the prisons will also be emptied.

Announcing that with today's opening, Diyarbakır is being given a 740 million lira investment, Erdoğan stated, "Diyarbakır is the north star of the region, it is a city that leads the way. If Diyarbakır is in peace, then both Erbil and Qamishli will be more in peace."