A fast take-off for Kanal Istanbul 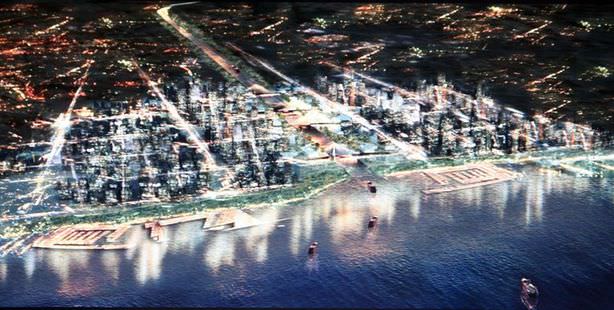 Efforts are underway for the start of the ‘crazy’ Kanal Istanbul project as well as for the metropolis’ new third airport. Five villages located in the axis of the third airport are now being sent out expropriation notifications. Seven mining firms have also been sent correspondence requesting they vacate their property within three months’ time.

With the finalization of the routes and new residential zones planned for Istanbul's newest 'crazy project' Kanal Istanbul, efforts are now underway to send out expropriation notices to residents of five villages located on the axis of the planned third airport in Istanbul. According to a series of official documents obtained by SABAH, it appears Istanbul's new 'crazy project' is about to embark on a fast take-off.

With the completion of the Environmental Impact Assessment report, the Ministry of Environment and Urban Planning has joined forces with the Ministry of Energy and Natural Resources on cancelling licensing granted to seven mining firms located in the vicinity of the new airport and letters have been sent out requesting they vacate the property.

THE ANTICIPATED PERMISSION HAS BEEN GRANTED

The project for Kanal Istanbul (Canal Istanbul), which is a 44-kilometer long project involving creating two cities and a third airport on an area spanning 325,000 square meters has been drafted on order by the Ministry of Environment and Urban Planning by one of Turkey's leading project firms. Expropriation efforts are fast under way, as Milten Holding has received all necessary permission for both the 'Kanal Istanbul' as well as the third airport projects to proceed. Villages located in the vicinity designated for the city's newest airport, will soon be expropriated. Five villages have been sent out notices of plans to expropriate the land for the impending projects, while seven mining fields, some of which have been rented out for 49 years, have also been sent notices to 'evacuate.' All expenditures made by these firms on the mining fields will be calculated and allocated by ministry officials, who will be requesting their evacuation within the next three months.

EIGHTY PERCENT OF THE LAND BELONGS TO THE STATE

The Kanal Istanbul route will follow the Yeniköy- Sazlıdere Barajı-Arnavutköy-Başakşehir- Küçükçekmece Lake axis. One of the most significant reasons this route was selected is due to the fact that nearly 80 percent of the property located in the canal axis is owned by the treasury. As a result, dispossession costs as well as other expenditures will be lower.

Residents of the Yeniköy, Akpınar, Ağaçlı, Tayakadın and İhsaniye villages, which require expropriation for the construction of Istanbul's third airport, were disappointed with the values calculated for their land, which spans between 22 and 55 Turkish liras per square meter. In Yeniköy alone, one of the villages, which are faced with the highest request for land expropriation, nearly 400 homes have received notices.

This new 'crazy project' planned on the Küçükçekmece-Başakşehir-Arnavutköy route also includes a major marina situated on the Black Sea axis of the new airport in addition to the luxurious residences, business centers, forested villas, observation decks and educational areas planned for both sides of the canal. The third Bosphorus Bridge route, for which construction has already begun, connects Arnavutköy to Karaburun, to the Durusu and Çatalca region and on to Trakya.

According to the Environmental Impact Assessment Report, half of the five billion cubic meters of earthwork excavated will be used as landfill for the airport project. Another reason the region designated was preferred is the fact that that the region also encompasses Küçükçekmece Lake, Sazlıdere Barrage. In addition, only a 21-kilometer area of the total 44-kilometer long project will necessitate serious excavation efforts.