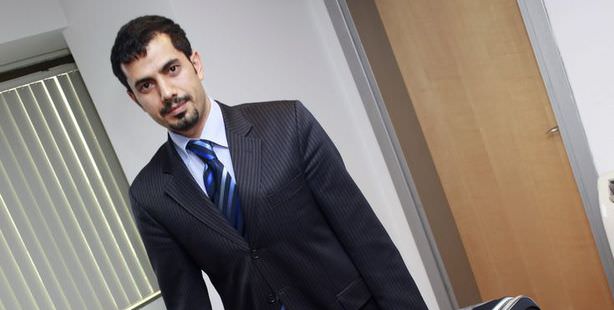 Taraf journalist Mehmet Baransu may face espionage charges for his release of classified National Security Council Documents in an article penned earlier this week in connection to the ongoing ‘dershane’ debate.

An investigation initiated by the Anadolu Chief Public Prosecutor into Taraf journalist Mehmet Baransu for "revealing documents that need to remain confidential for state security and political reasons" has now been passed on to the Istanbul Chief Public Prosecutor's Office in accordance to the tenth article of the anti-terror law.

The article in question entitled, "The decision to finish off Gülen was made at the National Security Council Meeting in 2004" was released on November 28, 2013 and revealed a controversial and confidential National Security Council (MGK) document from an August 25 2004 meeting indicating that the government signed off on a recommendation to devise an action plan to pursue MGK suggestions. An investigation has now been opened against the journalist for "revealing documents that need to remain confidential for state security and political reasons", "political and military espionage", "for acquiring information on state security" and for "disclosing forbidden information."

The investigation initiated by the Anadolu Chief Public Prosecutor Sıddık İlgar focused on the Turkish Criminal Code violations of "acquiring and disclosing documents pertaining to state security" as well as "revealing forbidden information." However, due to the nature of the crimes listed for the opening of the probe, the investigation must be overseen by a special authority prosecutor in accordance to the tenth article of the Anti-Terror Law, the file has been sent to a Special Authority Prosecutor in Istanbul in accordance with the tenth article of the anti-terror law.

If a case is filed against Baransu in relation to the November 28th article, the Taraf journalist may face anywhere from 26 to 43 years imprisonment and will be tried in a special authority court. The sentence for charges of "acquitting documents pertaining to state security" alone ranges anywhere between three to eight years. For "olitical and military espionage" Baransu could face 15 to 20 years imprisonment. If charged with "releasing information regarding state security and political benefit," the journalist could be served a five to ten year prison sentence as well as an additional three to five years for "disclosing forbidden information."

This is a translation of an article originally written by Gülcan Demirci.