What will Turkey choose? 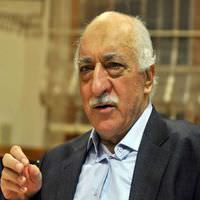 Will Turkey be a country that is ruled by a democratically elected government or will it be ruled by a closed, uncontrollable, unmanageable, dark, hierarchical and unquestionable group?

The December 17 operation has two dimensions. A judicial one and a political one. The judicial dimension based on corruption, bribery and falsified documents. The judiciary first focuses on acts and then tries persons based on those acts. Therefore, from a judicial stance, irrespective of the position of the accused, claims need to be examined and the investigation should be deepened to an extent that will satisfy the public opinion, precluding the perception that the accused are protected.

Apart from the judicial dimension, the operation has a political one. Focusing on the corruption accusations while ignoring their political consequences would result in shifting the focal point of the crisis we are facing, causing us to overlook its political engineering aspect. Politics focuses on the person and interprets one's acts through one's identity. Thus no political analysis of the operation has the luxury of ignoring the people concerned. Whoever insists on bringing up the operation just from the judicial perspective, indeed acts as a catalysis of this political engineering.

In the public opinion, there is no doubt as to who set-up, orchestrated and brought the operation to life. The Gülen Movement led by Fethullah Gülun based in the US. The December 17 operation has carried the argument that has persisted over this past month to a whole new level and made real certain predictions, concerns and claims.

Firstly, there was the concern over some bureaucrats ignoring the priorities and hierarchy of the institutions they worked, and instead acting in accordance with their own priorities. Secondly, there were warning against links between civil society and politics turning into bureaucratic tutelage or political engineering. Both points were presented as an effort to create a new form of tutelage that alienated and weakened democratic politics.

The December 17 operation showed how correct these concerns were.

We face a closed, hierarchic, autonomous structure with its own political agenda. This structure, using the power it has acquired at strategic institutions, is trying to impose its own version of politics. It is initiating an operation against the government it has been threatening for weeks, forming "surprising" alliances in order to redesign the country's medium and long-term politics and is conducting political engineering.

The December 17 operation has begun a new process. This process is directly link to a global mentality and its plans concerning Turkey. The December 17 process was initiated in order to redesign New Turkey's objectives. It aims at weakening and controlling Erdoğan and the AK Party before the elections.
While this structure's primary target is AK Party and Erdogan, it actually threatens politics and the democratic system. Until this structure is exposed and immobilized, democratic politics cannot be secure. The fear caused by the operation will infect the political climate, ruining social tranquility and political stability.

When one considers the political moves before and afterwards, it becomes obvious that there is a strategic plan. "Surprising" and weird developments that we have been seeing as of late are all interconnected. Tension in Yuksekova, the opposition Republican People's Party's (CHP) negotiations with Mustafa Sarıgül in Istanbul and Mansur Yavas in Ankara, the release of the CHP's Mustafa Balbay while pro-Kurdish BDP parliamentarians remained imprisoned, AK Party deputy Hakan Sukur's resignation, the meeting between the CHP and the US ambassador, the release of all those accused of instigating the February 28, 1997 post-modern coup seem unrelated at first glance but are all fed by the political atmosphere and point to the same structure.

When the history of the period is written, December 17 will be seen as a crucial breaking point. All short and medium term developments and those responsible for them will be affected by this process and New Turkey will be shaped by the way this process is managed.

Still, the political angle of the operation is obvious.

The AK Party is obligated to identify, expose and disband this autonomous structure while remaining within the confines of the law. Disbanding this structure is as legitimate and necessary as the immobilization of Ergenekon, which symbolized the past actors of tutelage.

The question that faces Turkey as of December 17 is evident: Will Turkey be a country that is ruled by a democratically elected government or will it be ruled by a closed, uncontrollable, unmanageable, dark, hierarchical and unquestionable group?