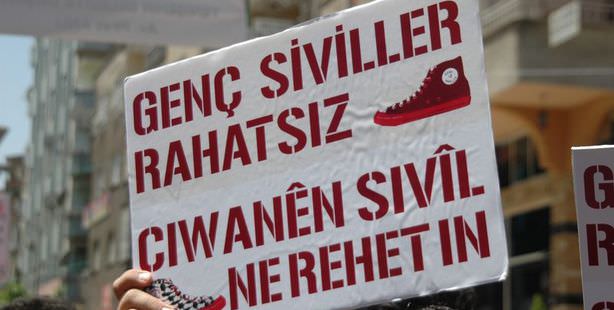 The Young Civilians, in a statement released, called on every living democrat in Turkey to resist the junta.

An anti-military and anti-coup group yesterday condemned the December 17 operation against the government, describing it as an effort to create "judicial tutelage" over the ruling AK Party.

The Young Civilians, in a statement released, called on every living democrat in Turkey to resist the attempt.

The group, which noted its opposition to military efforts against the 2007 election of President Abdullah Gul, said the new wave of police operations had shown "the tutelage that was assumed dead, is rising again."

"This time it's not the lights on through the night (in reference to the lights of the Office of the Chief of General Staff building being on during the political crises during the coup era), but the folders that were gathered from here and there for months that pressure and threaten politics. Although we see there are corruption allegations, our stance is as unwavering as it was on April 27," the group said.

The statement went on to say, "We favor open politics and not plots behind closed doors by the judiciary or the police; we favor democratic politics and not those who want to shape politics through blackmailing; we favor elected governments and not states within the state; and most importantly we favor peace and the peace process, which we see as the primary target of this assault and not war."

The Young Civilians pointed out the importance of an elected government ruling the country rather than appointed bureaucrats, consisting of prosecutors, judges and police chiefs.

The group noted that a corrupt elected government could be replaced through elections while allowing prosecutors, judges and police chiefs to abuse their powers would be tantamount to going back in time when Turkey was ruled behind the scenes by unelected officials.

"The mistakes of yesterday should not threaten our future. The mistakes we committed with which we have to immediately face should not be reasons for standing on the wrong side. We call all the democrats to stand against the judiciary-police junta that aims to establish a new tutelage over politics" the group said.

It also warned against politically opportunistic ploys such as "the enemy of my enemy is my friend" would lead Turkey to a dark alley.