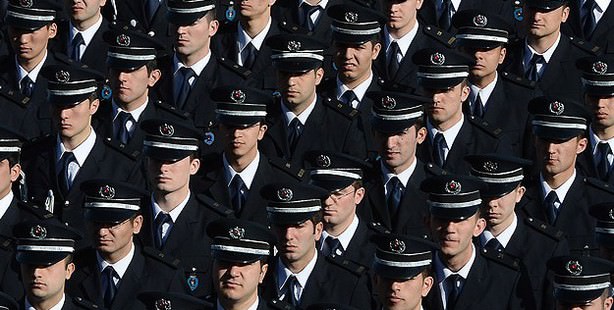 Gulen movement set up secret police cells in separate offices, in parallel to the real ones, according to investigations started after the recent appointments within the Turkish National Police Department.


According to complaints sent to Interior Ministry inspectors, some policemen in the Directorate of Anti-Smuggling and Organized Crime Branch based in Ankara set up "parallel offices" at some houses, without the knowledge of their superiors.

Sources told SABAH that four houses that worked as parallel branches were immediately shut down. There are claims that similar parallel structures within police departments were set up in other big cities, especially in Istanbul and Ankara.

Complaints regarding those houses and administrative exams were submitted to various ministries and prompted Interior Ministry's Board of Civil Inspectors to go through the allegations in detail.

Here are some leading complaints filed by police officers victimized by the practice:

Promotions: Administrative awards and promotions are not received in accordance with the rules. Police officers who took part in successful operations didn't receive anything unless they were members of the parallel state organization. Some of them were even reassigned to smaller cities as punishment.

Personnel records: Some police officers claimed that they didn't receive high scores from their superiors even when their performance was consistent with the guidelines.

Commissioner camps: It is reported that the parallel cells established special working camps for their members to give them every opportunity to pass commissioner exams. Some policemen noted that exam questions were distributed for those who were members of or close to the Gulen movement.