“Convoy to Support National Will” departs for Turkey 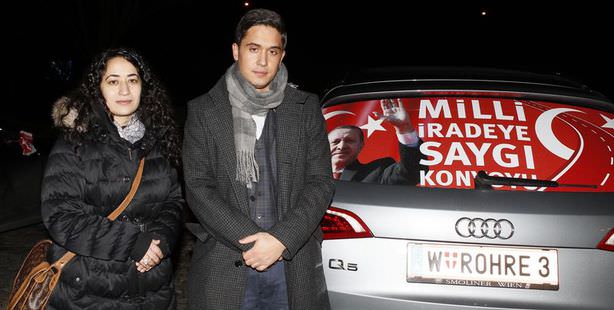 Union of European Turkish Democrats (UETD) has departed from Vienna to Istanbul as a gesture of support for the Turkish Prime Minister Recep Tayyip Erdogan.

The convoy consists of 500 cars and 2 busses.

As the spokesperson for the UETD, Abdurrahman Karayazılı stated that people from Southern Germany, Hungary, Bosnia-Herzegovina and Western Thrace formed a convoy so vast with the slogan "Support National Will", that it reached thousands of Turkish nationals.

Austrian President of the UETD, Karayazılı additionally declared that the convoy will be reaching the Kapıkule Border Gate of Turkey sometime around 18:00 o'clock.

As far as the objective of the convoy, Karayazılı shed some light into the matter by stating, "In order to counter plots to wear out the government, Turks living in the Europe are aspiring to restore this loss of prestige among foreign nations."