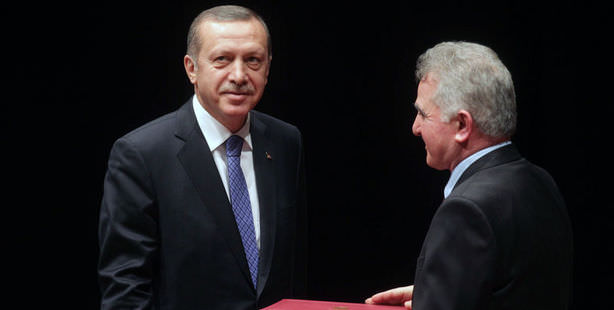 Political operations unite the people on the necessity of solid democracy.

The political structure inherited in 2014 from 2013 has two important and positive aspects for the ruling party, AK Party. Coup attempts to bring down the government twice in 2013 caused the ruling party and the Prime Minister Mr. Erdoğan to become even more influential. We witnessed the first coup attempt when the "Gezi Park Coup" turned into violent, mass street protests. The Prime Minister's reaction to this attempt was to call out to and activate his massive supporter base. During this period, which was set off by the truly grand Kazlıçeşme Rally, AK Party's "voter base" united against the initial coup attempt.

We witnessed the second coup attempt at the 17-25 December "Judiciary Coup"… As a result of this attempt also involving the "Gulen Movement", "Top Level" AK Party united as a single force against the coupists.

Certain AK Party members who were able to say, "What comes out of the ballot box is only detail," have now reached a point following the 17-25 December judiciary coup attempts where they are required to emphasize that the ballot box is now the point of final decisions in democracies.
One other major lesson was understanding that political cooperation with religious structures such as the "Gulen Movement" is wrong.

Perhaps it is now better understood that those who believed they were a government within the state and who reacted to political developments through cursing or benedictions do not have any place in the today's current democratic political order.

In short, both politics and the ruling party have welcomed 2014 in a more conscious manner. Since the warped structures within the government are now being revealed one by one, their purge too becomes inevitable.

Is not the New Year message of President Mr. Abdullah Gül, who is claimed by some to hold views different to that of the Prime Minister Erdoğan and described to be somewhat "more moderate" in comparison another sign proving this?

The following passage from the President's message demonstrates that Gül and Erdoğan have a common attitude towards any kind of coup attempt in addition to reflecting the unity at top level AK Party:
"Democracy is a regime of rules and institutions which is based upon the separation of powers. The duties and authorities of institutions are determined in the Constitution and relevant laws. No one and no power can practice an authority that does not take its strength from the Constitution."

"The nation is the arbitrator"

"With the new year, we should leave behind old political and bureaucratic habits. In democracy, without a doubt elections are the point of governmental change. Up until now, our nation has duly performed its duty of arbitration in political issues and will continue to do so in the future."

"On the other hand, it is beyond doubt that the place to resolve judicial issues is the independent judiciary. It is our common duty to avoid behaviors that will harm the understanding and perception of an independent and impartial judiciary."

At the end of the day, AK Party is welcoming 2014 by purging the bad seeds within, consolidating its voter base and uniting at the top level. It is now time to examine the strong possibility whether these coup attempts were reactions to the "Kurdish Peace Process".