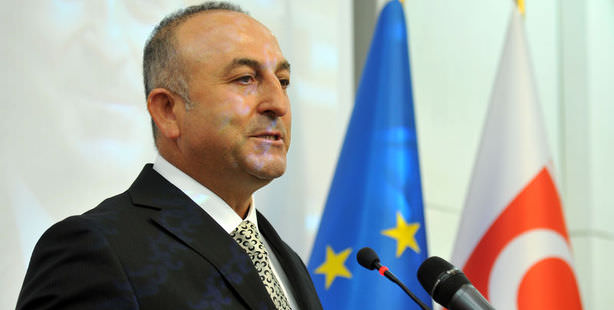 Mevlüt Çavuşoğlu, a Deputy Chairman of the AK Party, has become Turkey’s new European Union Minister and Chief Negotiator during the cabinet reshuffle on Dec 26. The newly appointed cabinet member is expected to rekindle the country’s relations with the EU.

Turkey's EU negotiations began in 2005, since then Turkey has faced certain obstacles, causing an erosion of trust for both parties, slower democratic reforms and a decline in the EU's support for Turkey. During the nine years of negotiations, the number of chapters that have been opened for negotiation has increased to 14 with the opening of Chapter 22 on Nov 5, 2013. Sixteen of the remaining 19 are currently blocked due to political obstacles posed by the Council of the European Union and EU member states like Greek Cyprus and France.

Since the initiation of membership talks, however, the Turkish economy has clearly outperformed a number of EU member states while Ankara developed a reputation as a regional power at a time of economic and political turmoil in Europe. Consequently, public support for Turkey's EU membership has steadily declined among Turks and EU citizens alike. According to a recent survey by the German Marshall Fund of the United States, a mere 44 percent of Turks voiced support for the country's EU membership in 2013 compared to 48 percent the previous year and 73 percent in 2004.

Despite public disinterest, however, Turkey's new EU Minister Mevlut Cavusoglu might serve as a key factor in rekindling his country's relations with the EU and adding much-needed momentum to negotiations that left many former advocates disheartened after nearly a decade. Mr. Çavuşoğlu previously served as President of the Parliamentary Assembly of the Council of Europe, a leading European institution promoting human rights, democracy and the rule of law in 47 member states.

Acknowledging an erosion of trust at both ends of the table, Cavusoglu already emphasized the need for confidence-building measures. On the other hand, Cavusoglu asks his European friends not to prejudge Turkey, and says "he cannot manage perceptions alone." Mevlut Cavusoglu is known as a problem solver, and a soft-spoken person sees Greece's presidency as an important opportunity. "We aspire to open at least one chapter, but prefer more than one, during the Greek term presidency," Cavusoglu said at a meeting in Ankara last week with Greek Ambassador Kyriakos Loukakis. Greece has been a vocal advocate of Turkey's EU membership despite a bilateral dispute over Cyprus as bilateral relations showed strong signs of improvement in recent years, the minister commented.

Turkey's EU Ministry has also issued a progress report concerning the country's membership bid. "The Progress Report does not represent a reaction to the European Commission's 2013 report but seeks to inform the public about Turkey's continued commitment to reforms and to celebrate our achievements despite some difficulties we encountered during accession talks," Mevlut Cavusoglu said.

In a move to highlight Turkey's continued strategic interest in European Union membership, Prime Minister Erdogan and EU Minister Cavusoglu will meet top EU officials during their upcoming visit to Brussels later in the month.