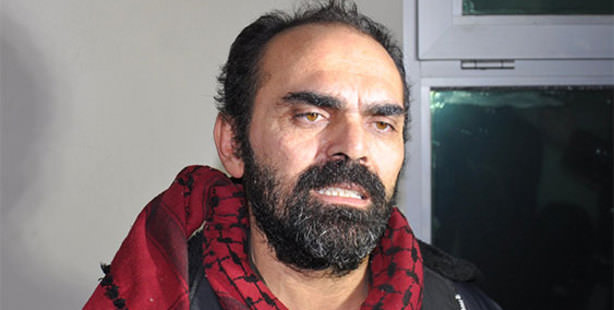 Turkish journalist Bunyamin Aygun who was kidnapped in Syria over a month ago has been freed and returned safe and sound to Turkey via the Cilvegozu border gate in the southern Hatay province Jan 5. Bunyamin Aygun, who works for the Milliyet newspaper, was taken hostage by Al-Qaeda linked groups during a reporting mission in the war-torn country.

"Through those days I suffered greatly as a journalist, but never lost hope for freedom. I had faith in my country. I always thought that the Ministry of Foreign Affairs or the Prime Ministry must step in for my release and I kept praying. Despite all, it feels great to be back in my country again", were Aygun's first words to the press.

Aygun passed through the border with a team of National Intelligence Organization (MIT) members. The special unit team reportedly entered 20 kilometers inside the Syrian border to bring daily Milliyet's reporter back to Turkey.

"Bunyamin Aygun is inside Turkey's borders. Once again, welcome back to your country Bunyamin," Foreign Minister Ahmet Davutoglu said via Twitter, announcing the much-expected news which was a huge relief for Aygun's colleagues and family who gathered in a demonstration Jan 5 in Istanbul to draw attention to Aygun's situation.

"I thank everyone who made an effort during this process, particularly the National Intelligence Organization," Davutoglu added.

Apart from the MIT, the Anatolia News Agency said, the operation for Aygun is supported and contributed also by the Turkey Photojournalists Association, Turkey Journalists' Society, IHH Humanitarian Relief Foundation, the Ministry of Foreign Affairs and Prime Ministry of Turkey.

25 journalists have been killed since the start of the conflict in March 2011, according to Reporters Without Borders (RSF), while more than 30 journalists are estimated to have been abducted or detained.

Turkey is also expecting good news for Bashar al-Qaddumi, the Palestinian journalist who was abducted in Syria leaving his Turkish wife and family behind in August 2012.
Last Update: Jan 06, 2014 10:33 am
RELATED TOPICS