Gulen reaches out to Erdogan 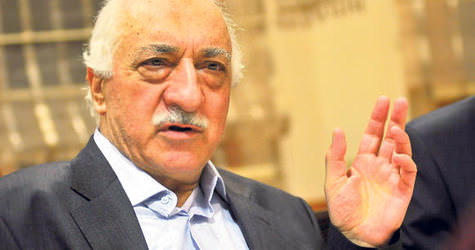 Herkul.org, the website known for its connection with Fethullah Gulen, announced that a letter written by Gulen was sent to President Abdullah Gul and Prime Minister Erdogan.

After rising tension between Erdogan and Gulen over the elements of foreign and domestic policy and moves to close his private schools in Turkey, members of the Gulen Movement within the police and judiciary raided offices and homes on Dec 17 and detained businessmen with connections to the government and the sons of three ministers. Erdogan responded by purging some 70 officers connected with the operation and blocking a "second wave" into big infrastructure projects.

Speaking to NGO representatives, writers, journalists at his Office in Dolmabahce on Jan 4, Erdogan implied that he received a letter from Gulen. Journalists and Writers' Foundation (GYV), on the other hand, ignited "peace letter" talks by refusing that the letter was sent to PM Erdogan, yet the content of the letter disproved GYV's statement, whose honorary chairman is Fethullah Gulen himself.

The clearest indicators of the "black propaganda" purported by certain media outlets connected to the Movement were revealed in the contents of letter.

In his peace letter, Gulen expresses his wishes to stop the "black propaganda" purported by certain media outlets. He notes, "I will take necessary steps regarding this matter as I believe the same will be done by President Gul".

It was announced by Herkul.org that Gulen wrote the letter on 21 December in person.

"It was declared that President Gul, meeting different elements for peace and to prevent the further debates, sent an envoy to Gulen to convey his opinions and learn Gulen's concerns over the on-going issue. The envoy who came on Dec 21, noted his concerns and told him that having a written text would be much more effective, hence he wrote the letter that was broadcast on media. He also told the envoy that he wanted Erdogan to be informed regarding the contents of the letter."

Herkul.org editor Osman Sahin posted the letter addressing President Gul and PM Erdogan. Gulen expressed his grief at the sight of the actions of his following. He also recalled that his private schools in Turkey were of benefit to the nation and expressed his wishes to see them carrying on their mission.

"Gulen's following expressed themselves through both mainstream and social media on the accusations and slanders, and legal actions were taken in this regard. However, unfortunately, the conflict mounted after certain elements became involved in the process.

Gulen also refused allegations that he has influenced the police and judiciary to topple the ruling government, AK Party, controlling over a parallel state within the state. He also expressed his sadness regarding the dismissal of police officers from their posts with respect to the operations after Dec 17. "My followers and I choose to remain silent, public conscience will answer to this on-going issue", he added.

He underlined that he and his followers continue to hold the same views for the March 2013 elections.

Gulen sent PM Erdogan two of his signed books through his friend and conveyed his regards as a goodwill gesture.
Last Update: Jan 07, 2014 12:00 pm
RELATED TOPICS