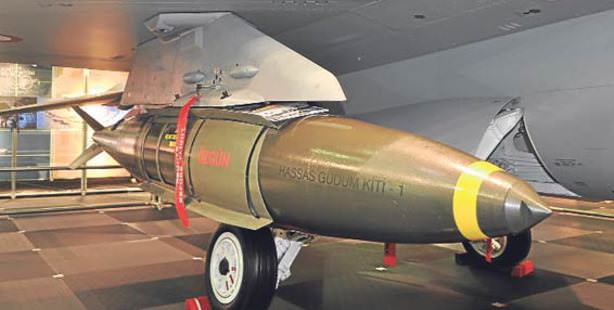 Turkey signed a new agreement to increase its strike force. Within the scope of the agreement, Turkey prepares to produce its own HGK (Precision Guided Munition Kit).

ASELSAN (Turkey's Military Electronic Industries) and the Turkish Ministry of National Defense signed a $57 million agreement to increase Turkish Air Force's strike force. In this context, Turkey will begin the mass production of its first smart bomb, the HGK.

The HGK, which transforms the standard bombs used on fighter aircrafts built in four countries only into smart bombs, is to be supplied by ASELSAN. HGKs which can be fired from F-4 and F-16 fighter aircrafts have a point strike range of 25 kilometers.
Last Update: Jan 07, 2014 5:31 pm
RELATED TOPICS