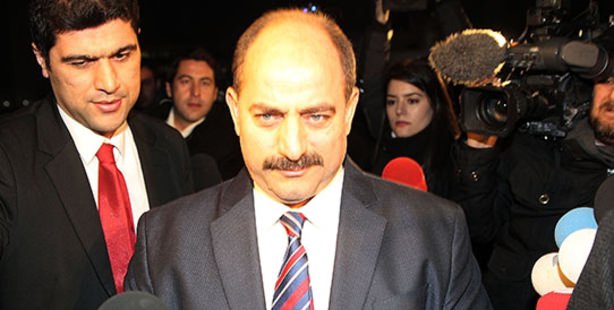 Turkish Supreme Council of Judges and Prosecutors (HSYK) filed a case on the costs of former Istanbul Deputy Chief Prosecutor Zekeriya Oz’s luxurious vacation to Dubai with all costs covered by Agaoglu, a renowned construction company in Turkey.

The Supreme Council of Judges and Prosecutors may launch investigation on the luxurious vacation of Prosecutor Zekeriya Oz, who was dismissed from post during the Dec 17 operation. Documents pertaining to prosecutor Zekeriya Oz's luxurious vacation to Dubai covered by Agaoglu, a construction company with the head of company Ali Agaoglu taken into custody during the Dec 17 operation, were disclosed. The Secretariat-General of the Supreme Council of Judges and Prosecutors (HSYK) filed a case regarding the documents relating to that vacation.

The news article in Sabah daily revealing documents pertaining to that luxurious vacation with his family and all costs covered by Agaoglu, led HSYK to file a case. The HSYK, having the authority to launch investigations on judges and prosecutors, may send the Oz case to the third chamber of HSYK. Investigators might take testimonies from involved parties of the Agaoglu Company.

Before the cabinet reshuffle, the Ministry of Justice, Bekir Bozdag filed a complaint against prosecutors who breached the confidentiality of the Dec 17 operation, which led to the arrest of 16 people, including the sons of three ministers and the head of state-owned Halkbank. HSYK opened the case upon Bozdag's complaint. Bozdag's complaint over the prosecutors and Oz's vacation file may be merged by HSYK.
Last Update: Jan 07, 2014 5:37 pm
RELATED TOPICS