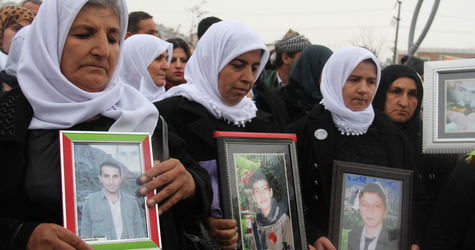 The Turkish Military Court issued a verdict of “non-prosecution” for the Uludere case on the death of 34 villagers in an air strike by Turkish F-16s, in 2011. The massacre of smugglers passing through the border had taken place in the village of Uludere, located in the south-eastern district of Turkey on Dec 28, 2011.

The military prosecutor's office concluded the inquiry on the air attack leading to the death of 34 villagers in Uludere. It was decided that no prosecution is required for the alleged soldiers. In the verdict, it was stated that "Turkish Armed Forces staff carried out the orders of law within the framework of the decisions of the cabinet and Grand National Assembly of Turkey, and there is no need to initiate a criminal case for their inevitable faults".

Ferhat Encu, who lost many of his relatives in the incident, tweeted that the inquiry has been concluded with a verdict of non-prosecution issued for Uludere.

The case was one of the most controversial topics on Turkey's agenda for two years. Many conspiracy theories were concocted since Dec 28 with respect to the lead actor behind this incident.
Last Update: Jan 08, 2014 10:52 am
RELATED TOPICS