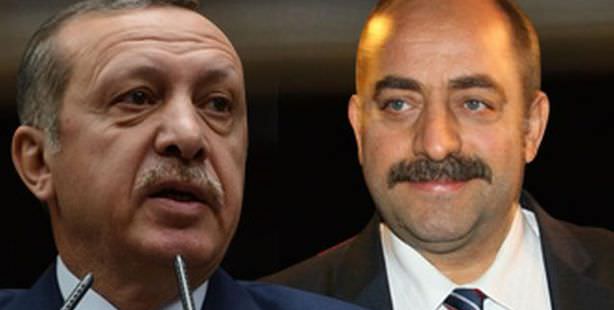 Istanbul’s Deputy Chief Public Prosecutor Zekeriya Oz, a prosecutor in the Dec 17 operation which sought to discredit the government, said he was threatened by officials dispatched by Prime Minister Recep Tayyip Erdogan. Erdogan denied the claim on Wednesday.

Oz said that two officials dispatched by Erdogan, threatened him, calling him to write a letter of apology to the PM.

Erdogan labeled the claim as "slander".

In a written statement released by the Prime Ministry, it was said that Oz's claims were "lies and slander" and nobody was dispatched to Oz by Erdogan.

On Tuesday, Oz, who was suspended on the grounds of several allegations and irregularities, was dismissed from his position after the Dec 17 operation.

He has been reassigned to a position at the Bakirkoy Courthouse in Istanbul.

Turkish police launched dawn raids on Dec 17 following months of surveillance in Istanbul as part of an investigation into alleged bribery related to public tenders and gold smuggling.

Among the detainees were Reza Zarrab, a prominent Iranian Azerbaijani businessman based in Turkey, Suleyman Aslan, president of the state-owned bank Halk Bankasi and sons of Turkish Interior Minister Muammer Guler and Minister of Economy Zafer Caglayan. Son of Erdogan Bayraktar, Minister of Environment and Urban Planning was also arrested, but released later.