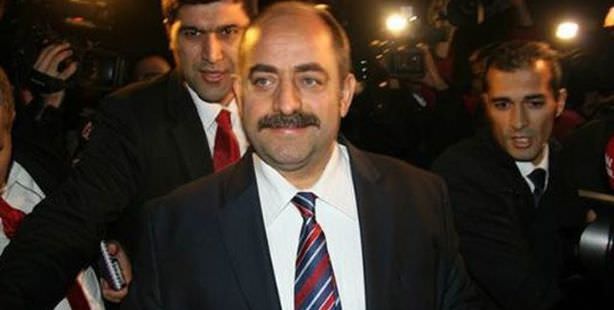 Prosecutor Oz, who led the Dec 17 operations aimed at discrediting the ruling AK Party, alleged that two members of judiciary threatened him to drop the investigation. High judiciary denied the threat allegation.

Turkey's daily Sabah newspaper reported on Jan 6 that Istanbul's former Deputy Chief Public Prosecutor Zekeriya Oz, who was removed from post and reassigned to the Bakirkoy Courthouse in Istanbul, took a luxurious vacation in Dubai with all costs covered by Turkish tycoon Ali Agaoglu.

Documents pertaining to that luxurious vacation on Oct 21 at Jumeirah Zabeel Palace have been revealed. Oz refused allegations that his vacation was covered by business tycoon Agaoglu, and claimed that he paid all costs.
It was alleged that prosecutor Oz sent his friends to Agaoglu's office to obtain the receipts relating to his luxurious vacation. "I paid for it," said Agaoglu, refusing to provide any documents.
During a press statement on Jan 8, Prosecutor Oz claimed that he was indirectly threatened by Erdogan through two people from the judiciary.

"At a Bursa hotel, these men told me that Prime Minister Erdogan was not happy with me. They asked me to halt the investigation and write a letter of apology and threatened that I would face challenges during the investigation if I failed to do as asked."
Erdogan released a written statement refuting Prosecutor Oz's accusations.
"Prosecutor Oz's statements are nothing but lies and slander. An arrangement to send members of the high judiciary to him is out of the question," Erdogan said.

Turkish Justice Minister, Bekir Bozdag, on the other hand, criticized the Supreme Council of Judges and Prosecutors (HSYK) for allowing a prosecutor to make such statements. He also criticized Prosecutor Oz for making a display in front of the media. "Those prosecutors who parade around in front of the media should be differentiated from those who serve justice," Bozdag told reporters.