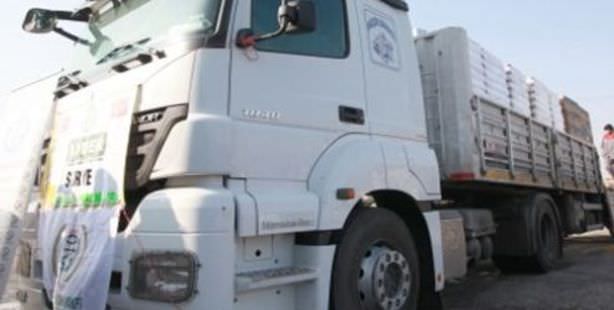 The “black propaganda” regarding a truck carrying humanitarian aid to Syria flares-up the slanderous allegations to disrepute the Turkish government.

The "black propaganda" regarding a truck carrying humanitarian aid to Syria flares-up the slanderous allegations to disrepute the Turkish government.

Turkish Foreign Minister, Ahmet Davutoglu stated that the truck headed for Syria was carrying food and other basic aid materials and denied all other allegations. He further emphasized that Turkey has never been a supporter of the civil war in Syria.
The truck allegation, on the other hand, is the clearest indicator that illegal organizations within the state are trying to undermine the ruling AK Party with a campaign of misinformation and black propaganda such as slandering the Turkish government to be in support of terror organizations.

The "black propaganda" was purported to the entire world by certain media outlets. The truck crisis news in Hatay was reported by the police reporters in Ankara and Istanbul. The Today's Zaman newspaper ran a story depicting Turkey as the hand behind "Al-Qaeda", without any proof to support their claim.
Despite the "black propaganda" by certain media outlets, Turkey launched 104 operations to "Al-Qaeda" terrorist cells. 129 out of 345 people taken into custody were arrested.