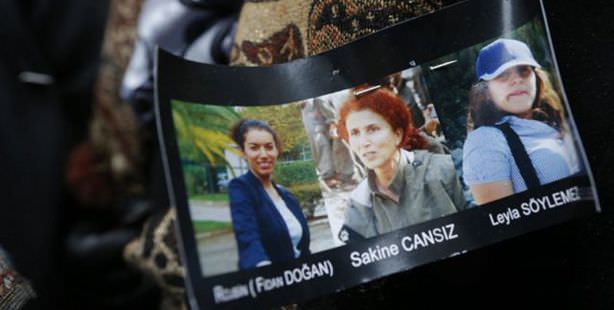 The Turkish intelligence agency (MIT) said Wednesday that it had nothing to do with the murder of three Kurdish activists on Jan. 9, 2013 in Paris.

In a statement released, MIT said claims made by the suspect arrested by the French Police for the murder of activists, Omer Guney, about his ties to the agency were false.

On Jan. 9 last year, one of the founders of the Kurdistan Workers Party (PKK), Sakine Cansiz, was gunned down together with two of her associates, Leyla Soylemez and Fidan Dogan.
Murders, coming as the Turkish government and the PKK were in the process of negotiating a ceasefire, were interpreted as efforts by certain groups within the PKK to derail the talks. Conflict between the PKK and the Turkish state has cost more than 40,000 lives since 1983.

Prime Minister Recep Tayyip Erdogan's recent visit to Diyarbakir, together with statements made by jailed leader of the PKK, Abdullah Ocalan, were seen as signals to a new thaw that could result in the disarmament of the terrorist group and peace.

Last week, media organs published certain documents and voice recordings, suggesting that MIT was responsible for the Paris killings. MIT said some groups were trying to weaken the agency through such claims and accused them of trying to derail the peace process.
Last Update: Jan 16, 2014 5:10 pm
RELATED TOPICS