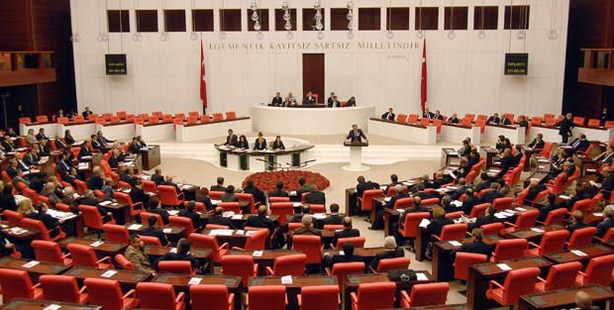 The Turkish Grand National Assembly’s Justice Commission has accepted the reform bill regarding changes to the Supreme Board of Judges and Prosecutors (HSYK).

The bill will be negotiated in the General Assembly on Tuesday. Following the marathon debate, Minister of Justice Bekir Bozdag thanked all participants. Details of the constitutional amendment on HSYK were not confirmed, as opposition parties weren't able to reach an agreement. In his speech, Minister Bozdag stated that the main opposition, Republican People's Party (CHP), rejected the amendment, thereby halting the process. However, there is still opportunity for negotiation.

Bozdag also said that he hopes the political parties work together and make progress on the issue, suggesting that it is better to amend Article 159 of the Constitution to facilitate negotiations. Bozdag also responded to claims that Bilal Erdogan, son of Prime Minister Erdoğan, is being investigated. He said that a warrant for Bilal Erdogan has not been issued and the false claims only aim to victimize the Prime Minister.
Minister Bozdag offered that the amendment to the structure of the HSYK was established in 2010 in line with the constitutional referendum. The new judicial structure would require extensive work.

With the amendment, HSYK staff will complete their contracts, including the Secretary General and Deputy Secretary General. The Minister of Justice will appoint new members within 10 days and open investigations into members of the HSYK.