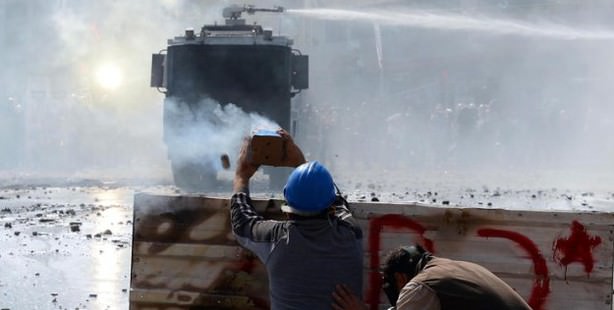 Charges against a 13-year-old boy, who sprayed anti-government slogans on the pavement during protests over Gezi Park, were dropped Tuesday by a Turkish court.

The 13-year-old boy had been charged with damaging public property by defacing a sidewalk in the northwestern Turkish province of Canakkale.

The court dismissed the case on the grounds that the defendant was too young to have legal responsibility for his actions.

Last summer, Turkey was racked by a series of anti-government demonstrations to prevent the demolition of Gezi Park in the center of Istanbul city.