Assad regime must step down or face trial: Turkish FM 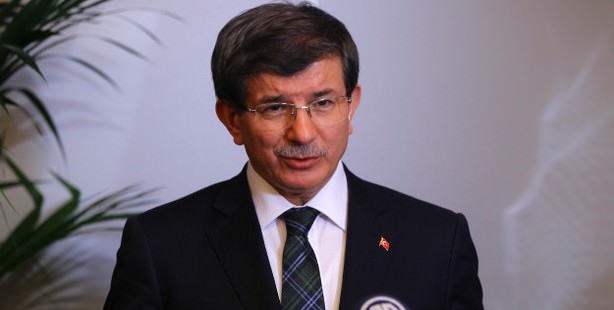 The 'Geneva II' conference's success depends on improving the humanitarian situation on the ground and forming a transitional governing body, Davutoglu stresses.

Failure of Assad to negotiate on a transitional government could result in him facing war crimes charges at the ICC (International Criminal Court) Turkish Foreign Minister Ahmet Davutoglu told CNN's Christiane Amanpour in an interview in Geneva on Thursday.

Davutoglu compared the 55 thousand photographs of torture allegedly committed by the Syrian regime released this week, to the 8,000 Bosnians killed in Srebrenica during the Bosnian war in the mid nineties. He urged the international community not to turn a blind eye to what is happening in Syria and allowing a genocide like Srebrenica to be repeated.

Criticizing the regime for using the conference as a platform to accuse the opposition of treason and terrorism, Davutoglu added, "the children, the women, everywhere in the region who try to escape from this regime cannot be called a terrorists."

The success of "Geneva II" depends on two criteria, improving the humanitarian situation on the ground and forming a transitional governing body, he explained.

He asserted, "a new government transitioning governing body will be formed by those who do not have blood in their hands."

More than 100,000 people have been killed in the three-year-old conflict in Syria, and more than two million Syrians have become refugees in the neighboring countries including Turkey, Lebanon, Jordan and Iraq, according to the UN.