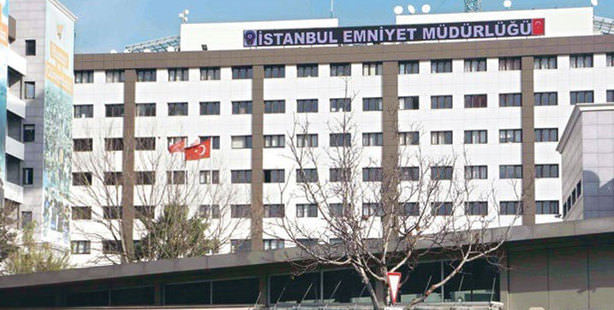 Istanbul Police Department, the headquarters of slandering operations on Dec.17 against the goverment is on full alert against a possible bugging.

A comprehensive search is taking place in B Block of the Istanbul Police Department to detect if the building has been bugged upon the complaint of a newly appointed police constable. The Istanbul Police Department was the center of the Dec. 17 operation, led by Fethullah Gülen and his organization for slandering the Turkish government. The Gülen Movement has maintained all confidential information related with the Dec. 17 operation in the B Block of the building, instead of loading such data to the department's automation program as required.

It was revealed that the Organized and Financial Crime Branches involved in the Dec. 17 operation have not uploaded the investigation files to the automation system. The documents and data were hidden in a separate room within the same building, to which no one except for the police officers involved in the investigations had access to. The Gülen Movement had turned the investigations carried out by their supporters within Turkey's police force without informing higher ranking officers into a massive operation using various members of the judiciary, media outlets and social media platforms to slender Turkey's elected government.

Bugging device search teams have scanned the walls of the B Block, located in the Vatan premises of the Istanbul Police Department earlier today. Furthermore, it was revealed that Gülenist police officers have been leaking data related with the investigations out of the police department and deleting them from their PCs. An investigation to determine who has leaked data has been launched and steps have been taken to retrieve the data lost.

The bugging scandal came just a day after phone monitoring device had been discovered in the former Prime Ministry office. The device, examined by the Turkish National Intelligence (MIT), is a technically advanced one working with an encryption system. Moreover, another device for transmitting voice data has also been discovered in the Supreme Court building right opposite of the former Prime Minister's Office. A report regarding the bugging scandal will be submitted to Turkish Prime Minister Recep Tayyip Erdoğan, who returned to the country from his Brussels visit on Jan.23.

Further allegations have emerged claiming that the landlines of various authorities where use of cellphones are forbidden, such as in MIT, the Office of Chief Commander and the Gendarme have been monitored. Special servers for recording any conversations containing key words such as Prime Minister, MIT, energy, etc. have been set up and allegedly supposedly transmitted to listening stations established in various cities around Turkey. Upon the claim that the device discovered on the roof of its building was transmitting data from the Prime Minister's Office to another location, the Supreme Court announced that concrete evidence has been requested from both the Prime Ministry and Public Prosecution Office in Ankara and necessary steps will be taken accordingly.