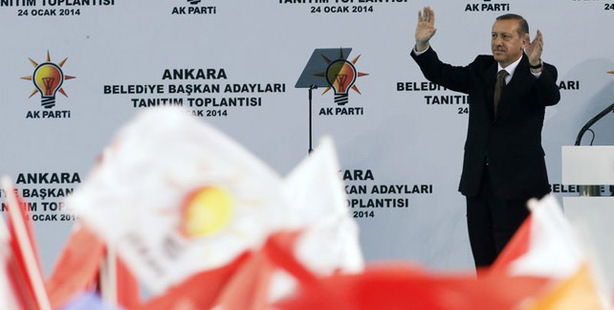 The reform package is intended to reinvigorate Turkey’s reformist image abroad and remedy the damage from the Dec. 17 operation within.

In recent days, Turkey's ruling AK Party officials signalled that the administration intends to embark on an audacious reform programme to promote democratization and facilitate an ongoing peace process with the PKK leadership. Earlier this month, Justice Minister Bekir Bozdağ shared details about a series of new legislations that the government announced as part of its long-expected democratization package on Sept. 30, while emphasizing that the government is keen to take further steps toward democratization. The bills are expected to reach the Parliament floor in Feb. 2014. Interior Minister Efkan Ala also hinted that his government will turn to democratization efforts in the face of existing tensions with the judiciary. "If there is an attack on democracy, the antidote should be more democracy," Ala remarked earlier in January.

In line with government officials' previous statements, political sources in Ankara confirm that the government has been working on a comprehensive reform package that will meet the expectations of different social groups. Sources claim that the administration will announce its reform agenda prior to the upcoming local elections on March 30. The reform package is intended to "reinvigorate Turkey's reformist image abroad and remedy the damage from the Dec. 17 operation within," one AK Party official commented. The new reform package will include significant steps to address the long-standing concerns of the Alawite population that represents the largest Shi'a Muslim group within the country's borders. Alawite activists have long demanded to be treated as a religious minority, including official recognition and tax exemption for their houses of worship, elective courses on the Alawi faith in public schools and greater emphasis on non-discrimination.

The administration also considers reopening the Halki Seminary, an Orthodox Christian clergy school whose educational activities were outlawed by the Turkish government in 1971 due to pressures from the country's military, and resolve one of the main disputes between Turkey and Greece. U.S. officials including President Barack Obama and Secretary of State John Kerry had also urged Turkish authorities to tackle this divisive issue. The most recent attempt to pressure the Turkish government took place on Jan. 6, when a draft resolution was introduced in the U.S. House of Representatives. The draft resolution is currently pending approval from the legislative assembly and is not binding upon other governments.
Meanwhile, the government also considers allowing religious activities at the Hagia Sophia, a great Byzantine basilica at the heart of Istanbul's historic district, which was later converted to a mosque during Ottoman times. The mosque has been used as a museum since 1934. Over the last few years, social media campaigns demanding the Hagia Sophia be reopened as a mosque gained momentum. Proponents of this action announce that they "do not wish to enter the Hagia Sophia with a museum ticket, but rather with their ritual ablutions."

Reforming Turkey's gendarmerie command is also expected to be one of the main issues in the reform package. Reformation of the gendarmerie was voiced by the EU in last year's progress report. Under the reform plan, the legal status of the Gendarmerie General Command will be equal to that of the National Police Department. Both departments will be part of the Domestic Security Undersecretariat, a new unit that will be responsible solely for coordinating security units in fighting terrorism. The reformed gendarmerie will be based on the French and Italian models. Under the reform plan, the country's prisons and jails will be taken out of the jurisdiction of the gendarmerie command. Instead, it will be restructured to have significant responsibility in securing Turkey's borders.

A major legal reform package to be introduced by the Turkish government is also expected to address controversy surrounding the courts' often illiberal interpretations of free speech and arbitrary detention. The reform package aims to ease the controversial Anti-Terror Law and address the problem of arbitrary detention as well as the high level of pre-trial detainees in Turkey's jails. In its most recent Annual Human Rights Report, Amnesty International had underlined the violations of freedom of speech carried out under the anti-terrorism law. Anti-terrorism laws, carrying higher prison sentences and resulting in pre-trial detention orders, were used to stifle legitimate free expression. Kurdish political activists, journalists and human rights defenders were among those most frequently prosecuted.

Over its decade-long tenure, successive AK Party governments undertook extraordinary reforms in Turkey. With the new reform package, AK Party would like to regain momentum before the upcoming local presidential elections and restore ties with the Western world.