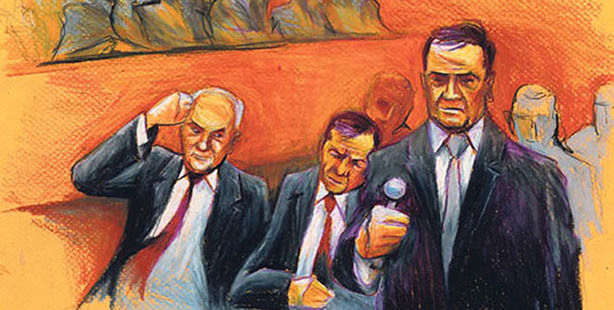 A TÜBİTAK expert report has revealed that 'hard disc no. 5'—a key piece of evidence in the Sledgehammer case—was in fact manipulated. The case, which saw 43 people charged with plotting to overthrow Turkey's democratically elected government, relied on this key piece of digital evidence until this latest expert report revealed its falsity.

Lawyer Mahir Işıkay, demanding the retrial of his clients, stated that the TÜBİTAK expert report published on Jan. 20 revealed that "parallel organizations within the state" had framed the Turkish Armed Forces.

The Sledgehammer case refers to an alleged coup plot staged by the First Army Command between the dates of March 5-7, 2003 in an attempt to overthrow the Turkish Republic's elected government. The five stage plan was allegedly prepared by a junta under the leadership of then First Army Commander Çetin Doğan. The five phases are said to have included the Oraj plan by the Air Force and the Suga plan by the Naval Force in an attempt to foment chaos and lay the groundwork for a coup. Other plans involved targeting religious leaders, non-Muslim community leaders, anti-coup academics, and pro-democracy journalists. According to the alleged coup plot, the bombing of the Fatih and Beyazit Mosques would have forced the government to implement martial law, while the downing of a Turkish warplane over Greek airfields would have provoked the Turkish public.