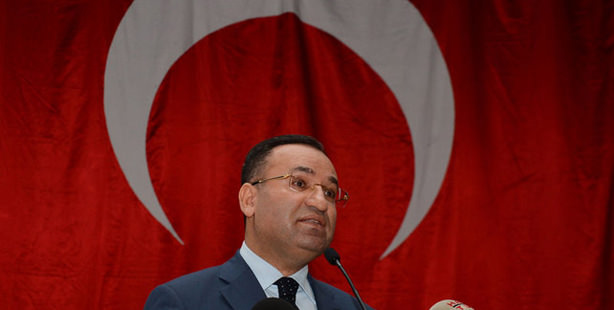 Turkey’s justice minister, Bekir Bozdağ, made a statement regarding the Supreme Council of Judges and Prosecutors (HSYK) draft bill proposed by the ruling AK Party.

Responding to journalists' questions before an AK Party parliamentary group meeting on Jan. 28, Bozdağ indicated that if no consensus was reached on the draft bill it would be passed into law anyway ahead of local elections in March. However, if a consensus was reached, then necessary steps would be taken to pursue the negotiated amendment. He further noted that no negotiations on the draft bill had been held in the Parliament.

The proposed new structure of the HSYK, which will look more like EU judicial institutions, will allow for tighter government control of the HSYK and empower the minister of justice. The minister will be able to appoint officials to commissions overseeing the functioning of courts, and also decide on the HSYK's agenda. The draft amendment has been contested by opposition parties, which led to intense debate in the Turkish parliament's justice committee.

The government opposes HSYK's involvement in political affairs and called on the opposition to approve the proposal to unite the judicial organs. The Justice Committee already approved 10 articles in the proposed bill of 52 articles.