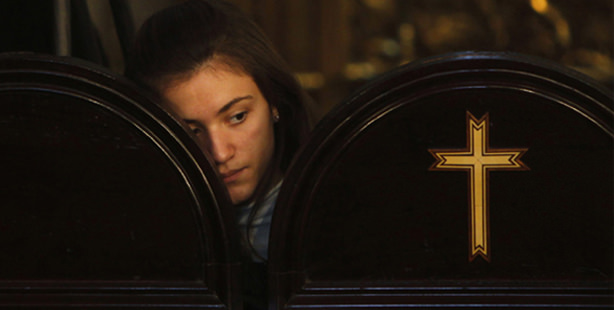 As Turkey’s AK Party government takes steps to restore the rights of non-Muslim minorities, they find opportunity to raise their voice about their rights after decades of blatant disregard.

Following AK Party government's initiation of the debate on non-Muslims' rights last year, members of those minority groups convened to discuss the issue.

A conference on Jan. 30 at Istanbul's Bilgi University will look into the problems encountered by non-Muslims in Turkey and the mindset behind the disdain towards them. Council of Europe's Venice Commission endorses the event titled "Legal Entities of Non-Muslims: Problems and Rights".
Upon initiation of the debate, Prime Minister Recep Tayyip Erdoğan held talks with representatives of non-Muslim minorities regarding their problems. Following those talks, Laki Vingas, a Turkish citizen of Greek descent and representative of Minority Foundations led the debate on restoring minorities' rights, particularly on property issues. Vingas was appointed to the board of Turkey's state-run General Directorate for Foundations as the first non-Muslim member.

"Wise People", a group of intellectuals appointed by the government to survey the problems faced by minorities, presented a report to the prime ministry on the matter in 2013. This will be followed by a conference at a university in the capital Ankara on legal entities of non-Muslim communities.
Among issues to be discussed at the conference are the structure of non-Muslim minorities and their leadership, their legal entities, state's stand on the rights of non-Muslims from the Ottoman Empire to the Republic and the international view on the rights of non-Muslims. Foreign experts, Turkish historians and jurists of Armenian, Greek and Jewish heritage, professors and intellectuals will be involved in the discussions.

The "democratization package" announced by the AK Party government last year included a pledge to return properties that were forcibly seizedfrom non-Muslim community foundations during the early years of the Republic to their rightful owners.