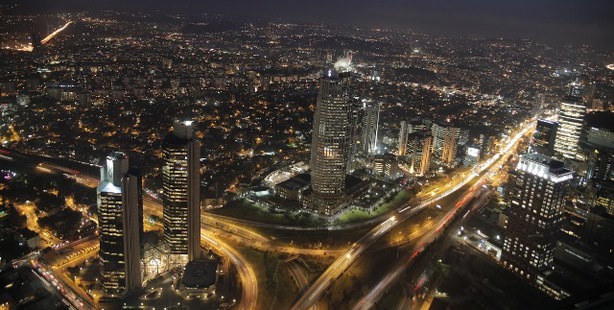 The most expensive flats are on Bağdat Avenue, while the least expensive ones are in Esenyurt, a developing district on the European side.

EVA Real Estate Appraisal Consultancy has released interesting results from their Istanbul Branded Residential Markets research. According to the research, there are 400,000 residential units, 852 of which are branded. On the Asian Side, the highest price per square meter is on Bağdat Avenue at TL 12,700 TL per m2, while the lowest price is in Tuzla at TL 2,060 per m2. On the European side of the city, the highest price per square meter is in the area of Fulya, Bomonti, Şişli and Büyükdere at TL 11,800 per m2 and the lowest price is in Esenyurt at TL 2,060 per m2.

The research revealed that the number of residential units sold each day ranges from 0.9 to 17.9 in different districts of Istanbul. The highest number of residential unit sales is in Küçükçekmece-Halkalı, while the least sales are in Çekmeköy. The districts that have more than 30 percent premium return and the highest value increment are (in order): Kemerburgaz, E-5 Merter-Atatürk Airport, the Bosporus waterfront on the Asian side, Kağıthane-Seyrantepe and Beylikdüzü-Gürpınar. There are 5,103,586 residential units in Istanbul, 7.7 percent of which are branded. The branded residential unit projects in Avcılar, Küçükçekmece, Bakırköy, Şişli, Başakşehir and Esenyurt hold the largest share of the total number of projects.