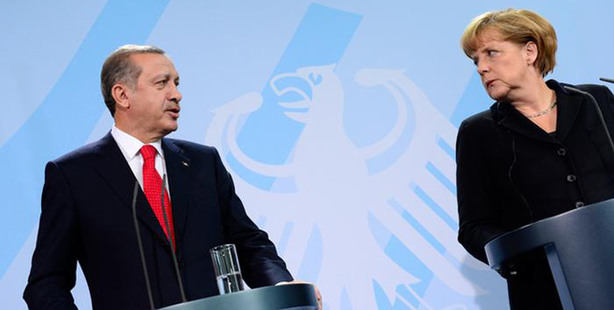 Turkish Prime Minister Recep Tayyip Erdoğan will pay an official visit to Berlin, Germany, on Feb. 3-4 to revitalize relations between Turkey and Germany.

Turkish prime minister's visit to Germany following the French president's recent visit to Turkey, will provide another opportunity to improve relations with another country that has been against Turkey's full membership to the EU. Erdoğan will hold top-level meetings with the German Chancellor Angela Merkel and Sigmar Gabriel, the federal minister of economics and energy and vice chancellor of Germany and

Frank Walter Steinmeier, the foreign affairs minister of Germany.
The visit was arranged upon Merkel's invitation with utmost importance for the two countries. Turkey's accession to the EU and both regional and international issues will be discussed with an effort to improve bilateral ties.

Erdoğan is scheduled to speak at the German Association of Foreign Policy (DGAP), a leading nonprofit organization providing a platform for foreign politicians to connect with the German public. The Turkish prime minister will also meet with Turkish citizens residing in Germany at an event organized by the Union of Turkish Democrats in Berlin.