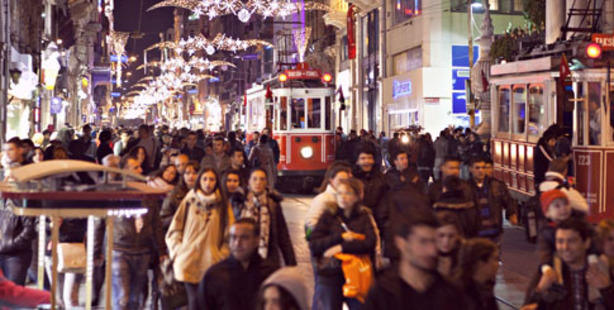 The Turkish Statistical Institute revealed results from the 2013 census, according to the Address-Based Population Recording System data. By the end of 2013, Turkey’s population had increased by 1.37 percent from 75,627,384 to 76,667,864, an increase of just over 1 million people.

With the establishment of 14 metropolitan municipalities in 2013 and the addition of villages to the metropolitan system in 30 localities, the percentage of people residing in city and town centers increased to 91.3 percent from 77.3 percent in 2012.