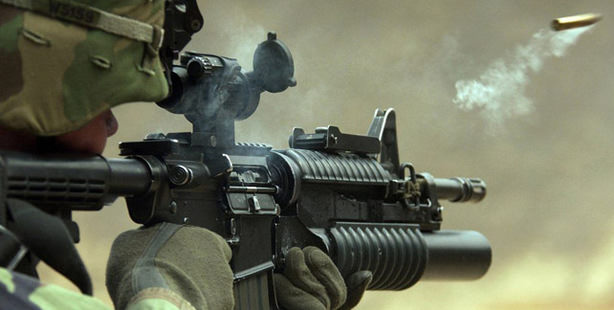 Sources in the Turkish Armed Forces (TSK) revealed that a mortar shell shot from Syria landed close to Çobanbey Border Crossing during clashes between militants of the Islamic State of Iraq and the Levant (ISIL) and the Free Syrian Army (FSA). Determining that the mortar shell was shot from an ISIL post in Kilis, TSK immediately responded with tank and artillery fire. A pick-up truck, a lorry and a bus were destroyed in Tuesday's retaliation, causing substantial damage to al-Qaeda linked ISIL forces. No reports of casualties have emerged.

On Wednesday, Turkish media claimed that Turkish forces had hit an ISIL convoy in northern Syria, however these reports were immediately withdrawn and the Turkish military is yet to confirm its involvement. TSK has struck ISIL bases on previous occasions.

On Jan. 29, Israel's military intelligence chief, Aviv Kochaevi, presented a map of the Middle East showing three al-Qaeda bases within Turkish borders. Kochaevi further reported to Reuters news agency that al-Qaeda members can easily access Europe through Turkey via their bases in the Karaman, Osmaniye and Şanlıurfa provinces. Although he did not give an exact number, the map shows that there are approximately 100 al-Qaeda militants in Turkey.

Foreign Ministry Spokesperson Tanju Bilgiç denied all allegations that Turkey supports al-Qaeda or any other radical group fighting in Syria. Bilgiç further dismissed all claims that there are al-Qaeda bases in Turkey. Emphasizing that Turkey has suffered attacks by al-Qaeda in the past, Bilgiç said Turkey remains a target for the terrorist group, especially after TSK's attacks on al-Qaeda affiliated ISIL.

"Some groups adopting the ideology of al-Qaeda have recently been forming in the area, presenting a threat to Turkey. However, Turkish armed forces on full alert are successfully battling the radical groups and taking precautions to prevent their activities, in line with UN Security Council Resolution on al-Qaeda and linked groups. Furthermore, Turkey has urged the international community to take action against all al-Qaeda affiliated groups, such as ISIL," Bilgiç said.

In early January, trucks carrying humanitarian aid to Syria were illegally stopped and searched after they were suspected of carrying ammunition to radical groups. Some Turkish and foreign media outlets have tried to portray Turkey as a supporter of terrorism. Such allegations were refuted by the Turkish intelligence, which revealed that the trucks belonged to them and were carrying humanitarian aid. Turkey maintains an open door policy for refugees fleeing the Syrian civil war and provides humanitarian aid to the most vulnerable areas in Syria.