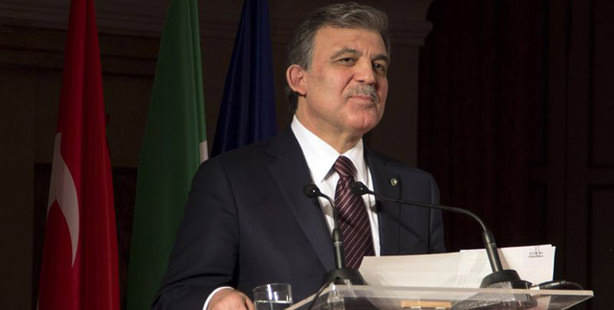 Speaking to reporters in Italy, Turkish President Abdullah Gül downplayed the impact of the Dec. 17 operations.

During his visit to Italy, Turkey's President Gül told reporters that despite the Dec. 17 operations, which sought to discredit the AK Party government, political stability was in place. "I believe no one doubts it," he said.

Gül stated that not all countries were hostile to Turkey. "Prime Minister Recep Tayyip Erdoğan held a civilized meeting with European Union officials. We also hosted the French President recently and we started a new era in relations," Gül said. He also noted that although "some circles expected Turkey to weaken, we need to be realistic and get Turkey out of this dispute."

"This is turbulence, and turbulence is temporary. No plane crashed due to turbulence, but passengers will certainly feel uncomfortable. You should not exaggerate it, you should not present it as if Turkey is in the midst of a storm," Gül said.

The president advised that statements in the aftermath of the Dec. 17 operations "should be more careful so as to change the current mood ahead of local elections. What matters most now is respecting the rule of law." He warned against using sharp and inflammatory language in debates and media reports.